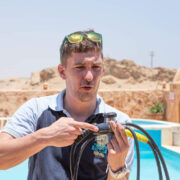 A serious crash changed my life forever. Not many people would say that a car accident would have made them a better person, but I hope I can show you how that happened for me.

I was born and raised on a council estate in Wigan. We had very little money and my parents scraped by and gave the seven of us everything they could. 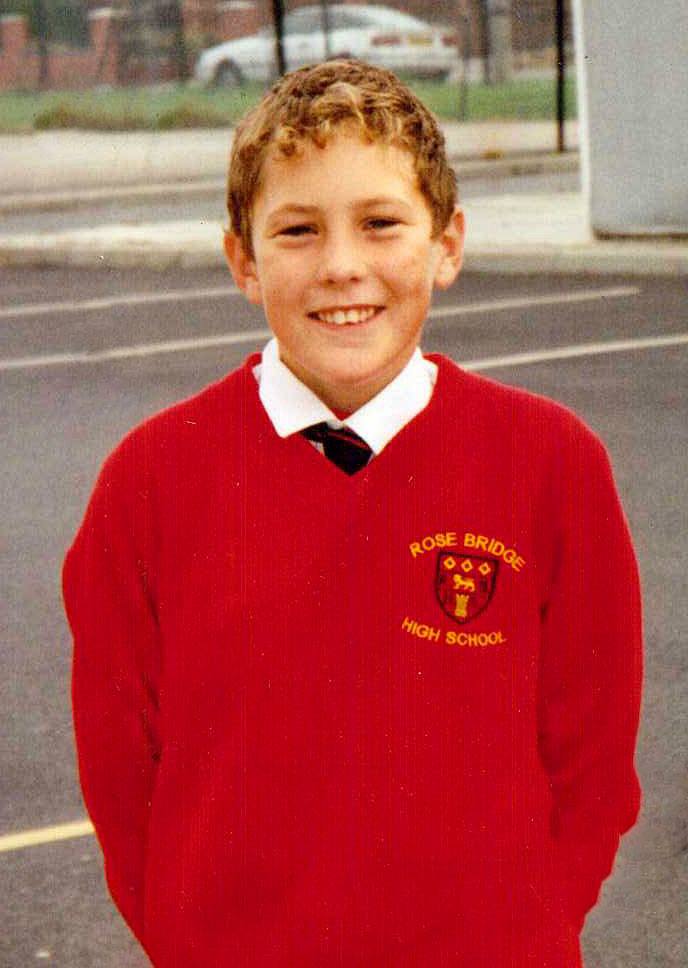 I managed to do my first year of college, studying Law, Business and Media, before walking into the Army careers office and there and then signing up to join the Royal Engineers.

I had family members who had been in the Armed Forces and because I didn’t ever really know what career I wanted to do, the advertisement of ‘an opportunity to travel the world’ was just too good to turn down as a 17 year old boy.

I chose to join the Explosives Ordnance Disposal unit, which is essentially a Bomb Disposal team. My main role was to search for improvised explosive devices or IEDs. We would be the first people on site at high-risk areas. 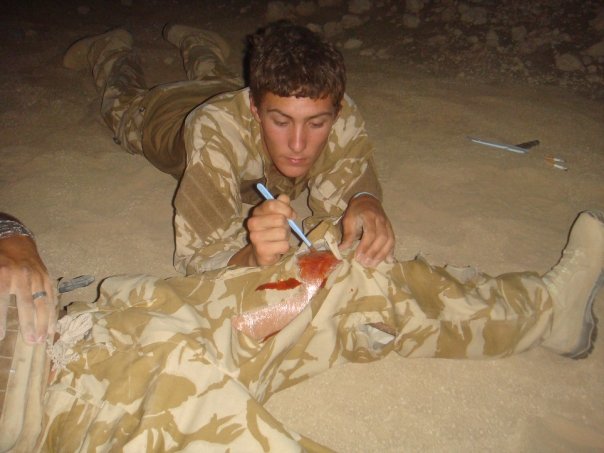 In 2008 I got told that I would be deployed in Afghanistan. I remember being told and going through a whole heap of feelings. I was happy to be doing my job but when I got on that plane, I remember having the very surreal thought that I may never see my family and friends again. We were in Afghan for a total of seven months. I struggled to acclimatise to the 45-50°C heat. Thankfully at the end of our mission we returned home with everyone of our team still in safe hands.

One of my hobbies has always been playing rugby and whilst in the UK I would play quite regularly. Unfortunately I suffered an injury to both of my knees. Being told that I was not allowed to continue in The Armed Forces was one of the hardest things to ever be told. I was medically discharged, and suddenly after seven and a half years I was back in Wigan searching for a meaning to my life.

I ended up living with my Dad and started looking for jobs; I worked in a Starbucks for a year and then another job where it didn’t really work out. I was frustrated and angry and felt like I was at a dead end. Then the opportunity came to do a technology course, which actually got me a wonderful job at Barclays Bank where I still work today.

In June 2016 my life changed forever. I decided I was going to go for a ride on my motorbike with my former girlfriend Emma. We were riding along the road and though I don’t remember any of this, we crashed into a car and both of us went flying. My next memory is four weeks later, but what happened between there was difficult.

I had a bleed on the front left and back right of my brain; my hand was by my elbow; I’d shattered my left shoulder to pieces and had to undergo reconstruction surgery; and I had also crushed my male parts. Emma didn’t walk for about 12 weeks and her physical injuries were very difficult to overcome.

I had survivor’s guilt every time I saw Emma. Even though she chose to get on my bike, my brain would tell me it was my bike and therefore my fault that she was hurt in this way. Through the Armed Forces I’d had my struggles but the crash had triggered PTSD within me. I really struggled with everything to be honest. I tried to get my head down and focus on seeing Emma and getting myself better, but the depression, self-doubt and worry was unbearable.

Army culture teaches you to be macho and a soldier that is capable of taking on the world, but I found that it had also taught me that sharing your feelings of emotion is not necessarily a good thing.

I have been clinically diagnosed with depression, PTSD and anxiety. I have had to adapt my whole life since the crash. I am literally two different people. I can’t do any of the exercises I once could and the damage I have done to my brain often means I have to really be careful. Thankfully, Emma’s physical injuries recovered, but I could not get over my own mental health struggles. I really couldn’t see my reason for anything. I became a recluse. I was too injured to even run; I couldn’t do any of the things I loved to do and I was really struggling. Work was the only thing that got me out of the house.

The turnaround point only came when I went on a trip with Deptherapy.

Deptherapy is a charity that helps rehabilitate injured Armed Forces members via the medium of Scuba Diving. We went out to Egypt and I actually broke down when talking with a gentleman called Steve. We spoke for about four hours and I felt I had a huge breakthrough. I started to see pieces of the old me come back, but more importantly I was able to start to create the new me. Scuba Diving has been hugely important in helping me with my mental health. The wreck diving has shown me that I can still do amazing things with my life, and it has helped me accept the ‘new me’.

I still have depression, PTSD and anxiety but they are well and truly managed.

Nowadays with Covid-19 I am doing a lot of online webinars with Deptherapy. I help teach the new people coming through the Programme, rather than being just a participant. So in a sense, I have gone full circle through the process. This means I can relate to people who have been through similar traumatic experiences to myself. It also means there is automatically a rapport between you before a word is even spoken.

Often at work when things get a bit too much I cannot drive home, so someone drives me back. After work, I have to take time to settle down, as my brain is overstimulated. I like to use the analogy of my brain being like a bottle of coke and fizzing over, so I listen to the Headspace app and thankfully my brain starts to settle down.

Acceptance was one of the hardest things to come to term with; it is something that comes and not something you can force.

I now have the attitude that my future is going to be an adventure, otherwise what is the point in living? I mean I’ve still got two lives left out of my nine lives!

My message to people going through similar feelings or difficulties like I have been through:

People are there to help, but not everybody can help. You have to drive yourself and you have got to change. When you reach acceptance, you can’t force it but embrace it as it will change your life forever.

To the family members who have to see their loved one go through such struggles…. Really try and be patient. Don’t pity them, just support them and be your normal self.