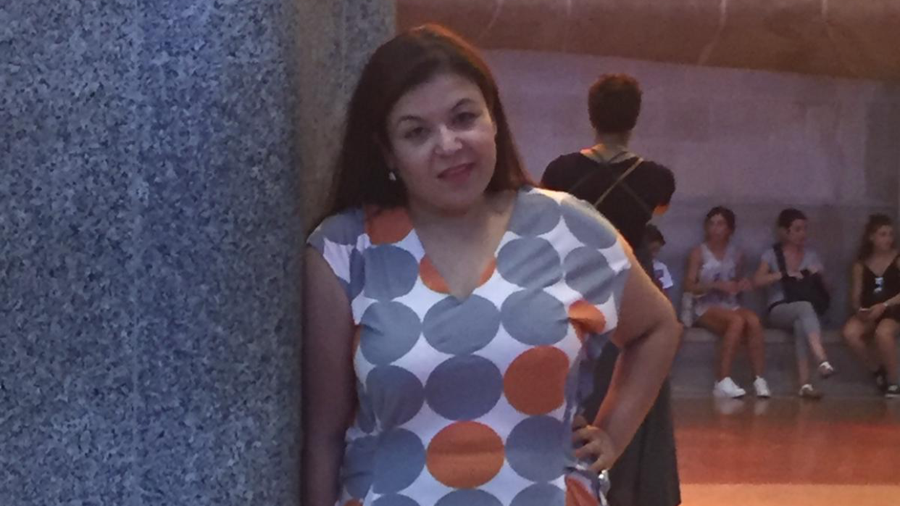 – I’m Sonia, we often take good health for granted. My 13-year-old son Rohan has had health problems most of his life and now we are hoping he can get a kidney that will change the course of his life forever.

I’m from Afghanistan and had to move over to England in 1999.  I’m not going to lie, life was not easy in Afghanistan and moving to the UK was a really positive change for my family. When I was little I never really dreamt of marriage or getting a big job, I just took life at the moment.  I met my future husband in 2004 and in 2007 we had our firstborn son Rohan.

I was so excited to have Rohan, we all were. I worked up until 8 and a half months of the pregnancy and everything seemed so smooth. Rohan was born at a healthy 7 pounds in weight and there were no signs of any abnormalities. However, that quickly changed.

The first two weeks of Rohan being born were a real struggle.  Rohan had very little appetite. As this was my first child, I didn’t know what was normal and what wasn’t so I took him to the doctors, however, they insisted Rohan was fine. We went home and after another few weeks, I decided enough was enough and took him to the A & E.  The hospitals did tests and realised something was abnormal. We found out that Rohan was born with a blockage in his Urethra that had caused his bladder to fill and seriously damage his kidneys. Rohan had one of his kidneys working at 25 % and the other working at 10%.

Between the ages of 4 months and 9 months, I had to feed Rohan through a nasogastric tube which is a small tube that goes into the stomach through the nose. It was horrendous. Rohan would have to be fed every 3 hours and it took 1 hour to feed him his 30 ml of milk and most of the time he would vomit most of that backup. I don’t remember sleeping much during those first 9 months.

After 9 months the doctors suggested that we give Rohan a gastrostomy tube, a feeding tube through his stomach. Even though he was in so much pain immediately after his surgery I saw a difference. He took 60 ml of milk and didn’t vomit. I saw it as a true miracle. He had his tube attached until he was 5 years old. He then started eating properly.

I actually fell pregnant with my second child and had Rahul 18 months after Rohan. At first, I was not going to go ahead with the pregnancy, but after some discussion with family, I was encouraged to have the baby. I was so concerned about the baby having similar health issues and thankfully Rahul was born as a fit and healthy baby. Rohan’s condition meant that I, of course, had to stop working and be his full-time carer and it was really difficult to look after both Rohan and Rahul. Every month Rohan would either have a urine infection or stomach bug.

Despite all of these things, Rohan’s attitude has been quite incredible. His health got a lot better after 5 years old. We even took our first family holiday.

Rohan is so energetic, he has such a funny personality and is so determined. Between the ages of 5 and 11, Rohan managed to do some sports. Playing football and even swimming which he loved. Rohan had a struggle with his bladder around the age of 8 and was struggling to pass urine. He then had to have a big 8-hour major surgery. Rohan was in a lot of pain and was in the hospital for four weeks and took him nearly 9 weeks to fully recover. Despite this, the surgery was a success. Whenever we tell Rohan he has to go into surgery he is always so brave.

It has been quite difficult on Rahul as well. We have spent so much time with Rohan because of his illness, but Rahul always understands that it is not something we do intentionally, but something we have to do.

Rohan has been on a transplant list since April 2018. His kidney functions were not improving and the doctors suggested he go on the donor list.  We were told that if we wanted to go on holiday to take it there and then as if he was on the list he wouldn’t be able to travel. Rohan then went on dialysis and has been on a PD dialysis ever since. 6 nights a week since August 2019 Rohan has either 9 hours of treatment through the night or 10 hours treatment depending on what the doctor specifies. I have to sleep beside Rohan whilst he is on dialysis, as sometimes the machine doesn’t drain properly. When this happens the machine will sound an alarm. On average this alarm goes off 5 times a night.  Yes, sleep is sometimes a struggle for both myself and Rohan.

To add to this, I have been separated from my husband for 9 months. There have been some real difficulties within the family environment and I’m afraid my husband and his relationship with alcohol got too much to deal with. So now I am a single mother looking after Rahul and Rohan. The kids struggled with this situation, but they understand why I made such a decision.

Of course, our family has been tested to see if we are a match for Rohan, but as of now none of us have matched. Rohan’s blood type is O Positive. So since Rohan has been on the donor list, we have had two calls for a possible donor. I am afraid we have missed both of them. The first one, the doctors thought Rohan had an infection and therefore couldn’t go ahead and the second one Rohan had a common cold and could not go ahead with the surgery.

I am very positive that Rohan will find a kidney. Believe it or not, Rohan wants to be a lawyer when he is older. He certainly has big dreams and is one of the most courageous people I have ever met. He is such a positive person, a complete livewire and has a true understanding heart.

Like any child Rohan loves playing video games, he also loves to sketch and also loves swimming but has not been able to do that for a long while and he definitely misses that. Rohan does miss out on quite a lot of school, but somehow still has many friends.

I don’t tend to look too far ahead into the future, but my message as a Mother of such a beautiful boy is:

Impacting lives through being kind