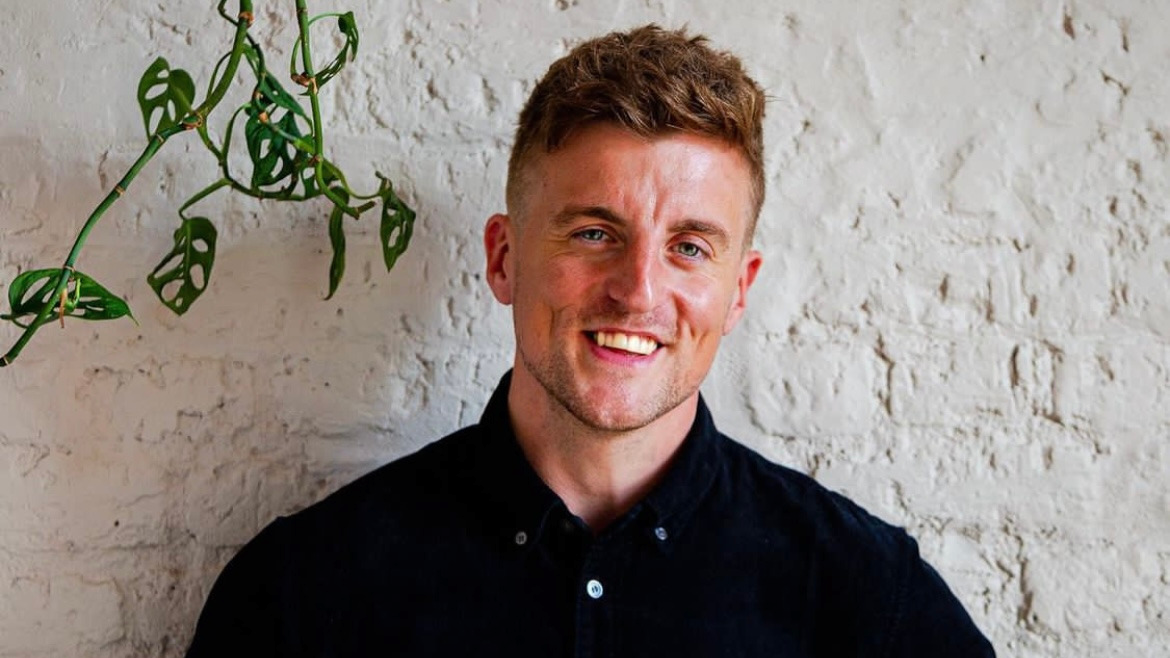 My name is Sam Moinet. I am the founder of Student Breakthrough. I am a speaker, teacher and student coach. I help students with their mental health and train teachers to inspire children. My mission is to revolutionise the emotional support provided in schools.

Growing up I was the oldest of 3 boys, my parents had many businesses, so I always had that entrepreneurial spirit instilled in me.

But I was never the most popular in school, I was always down on my luck. I was really anxious and always compared myself to others.

The only role model I looked up to was my dad. He was my hero; a Royal Marine Commando and fought in the Falklands war.

Though my dad hadn’t ever sat me down and told me that the army was what he wanted for me, I joined anyway, thinking this was the only way to make him proud. I got a letter saying that the royal Anglian regiment would sponsor me to become an officer and I was overjoyed.

A couple of weeks later, I got another letter in the post; I was so excited. It had the red waxy stamp, all the works. I cut through it, and everything changed. I had failed the army medical exam, and they couldn’t consider me for selection because I had Crohn’s disease.

I  collapsed on the floor and sobbed uncontrollably. I was devastated. For days I just drank vodka and cried.

It was the first major turning point in my life, at the time, I thought of it as a setback, all I wanted was to get some recognition and be noticed.

I saved up some money for a while, working as a barista in the café at Marks and Spencer, and then went off travelling.

When I came back I wasn’t really sure what I wanted to do, the army had been my only dream. My mum taught so I thought I’d give teaching a go. I trained and landed a job as a history teacher in 2014.

But things quickly started to unravel for me. Just like back when I was a student myself, I kept telling myself that I was a loser, a failure, and that I wasn’t up to the job. I developed minor anxiety which snowballed and ended up being quite severe. I also developed chronic insomnia; marking students’ books until 3:00am and then just lying awake, unable to switch off. I’d be lucky if I got one or two hours sleep a night.

The lowest point for me was during a class. I had to turn away, towards the board, not to write on it, but because I had tears rolling down my face. A student actually asked me if I was okay, I said I was fine because I thought I had to, but underneath I was in pieces.

One day my friend reached out; he knew I was struggling and he said I should go and speak to his coach. I had nothing to lose so I called him and it was a transformational experience. He listened to me in a non-judgmental way. It was the first time I realised that not getting into the army was a blessing and that my dad was actually proud of me. I realised that strength doesn’t have to be the size of your biceps or fighting for your country, and that strength can be having the courage to be vulnerable and open up. All the stuff I was holding on to just fell away. I felt alive again.

I went back to school and just fell in love with teaching. But I noticed that like me, some students  were struggling and not getting support because of lack of resources and huge waiting lists for children’s mental health services.

One evening in 2016, just before I was about to go to sleep an idea came to me: what if I could help kids with their mental health, not just teach them history?

I did some research and landed on ‘Academic Life Coaching’ which was an organisation in America. In 2017, I joined their community and enrolled in their programme which taught me how to coach.

I needed practice clients to be able to complete the programme, one of the first people I worked with was a girl who had emigrated from Melbourne, Australia. One day I noticed her crying behind her book. I imagined the dislocation and sense of loss she must have felt for her old life. I offered to coach her and together with her parents they accepted.

Coaching was just what she needed; she joined a boxing club, rebuilt a relationship with her mum and asked for a laptop from school which helped her catch up. I started to realise the power of coaching. As coaches we can’t heal past pain or trauma, but we can listen and empower. She took responsibility and made the situation better for herself. That’s what coaching is all about.

After the sessions I would drive home in floods of tears, I was hit with life’s purpose.

It brought me so much happiness that in 2018 I left teaching and I started coaching full time.

But I really struggled. Coaching didn’t take off as I had imagined it would and my anxiety kicked in again. I couldn’t earn enough to make rent. I was lost.

I had a mentor at the time and she told me to just go and get a job. This hit my ego, though, rightly, she told me ‘you can’t create from a place of fear’. I then went back to teaching as a supply.

The headteacher visited me in my classroom, he knew I was still coaching and asked me to work with some of his students. This was when everything changed for me.

I was helping so many more students in so many schools deal with their mental health problems. The coaching had finally taken off.

I then  got a call from a teacher in Wales asking me to train him in what I do.  Not really knowing how I was going to do this, but wanting to take a leap of faith, so I said yes.

Embarking on this teacher training mission, I noticed the impact on the teachers. As they practised the coaching skills on each other; listening and motivating, their own mental health and relationships improved. It was then that I transitioned into the Educated Coaching Academy which gives teachers the tools not only to better support students mental health,  but also their own.

The pressure on teachers and students is immense; I have experienced both first- hand. Opening up about my struggles has not only improved the lives of so many working and learning in the education system, but helped me to find that purpose I was searching for.

How self-love was essential for transforming my life

EXTREME CHALLENGES | MENTAL HEALTH
Manage Cookie Consent
To provide the best experiences, we use technologies like cookies to store and/or access device information. Consenting to these technologies will allow us to process data such as browsing behaviour or unique IDs on this site. Not consenting or withdrawing consent, may adversely affect certain features and functions.
Manage options Manage services Manage vendors Read more about these purposes
View preferences
{title} {title} {title}
Menu
Skip to content