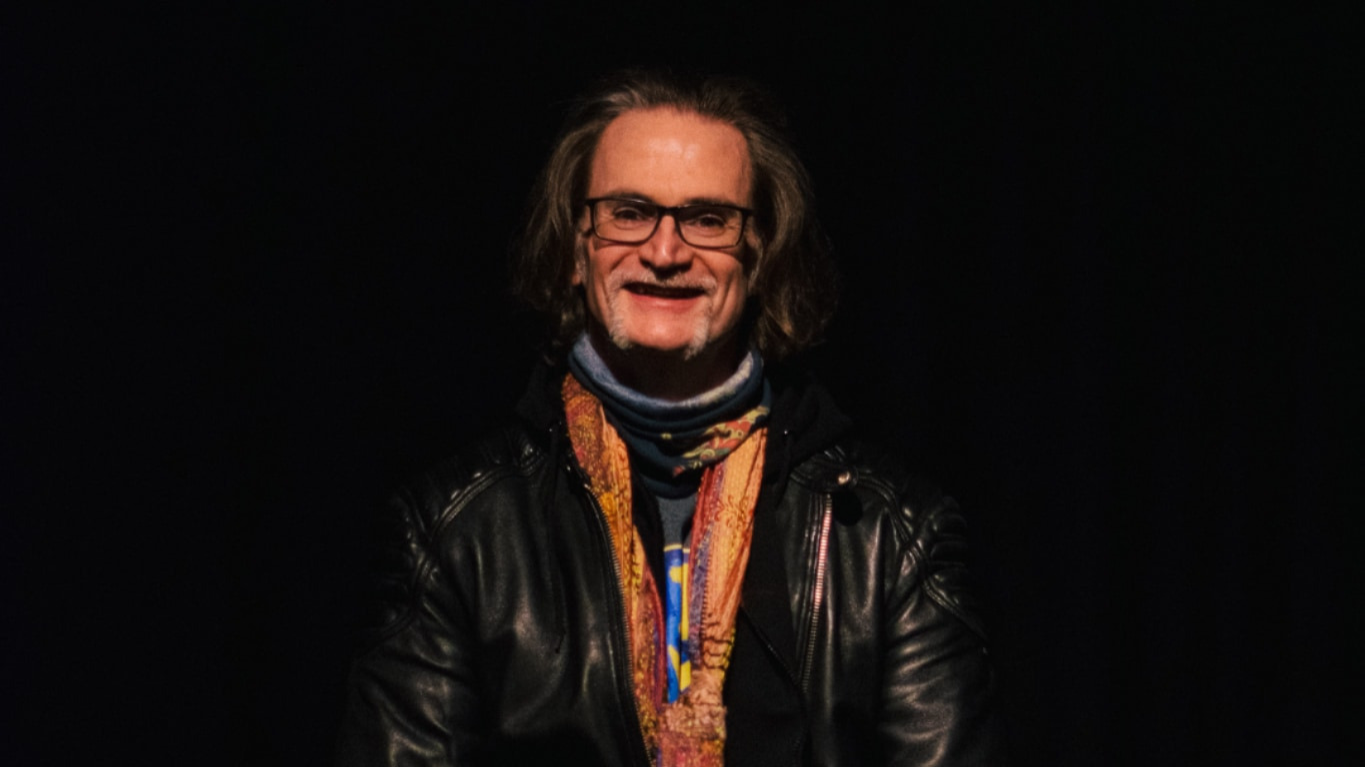 ‘Life is about living your best life.’

My name is Paul Betney. After growing up in a difficult environment, I moved to Tokyo to try and escape my problems, but I’m currently working as a self-employed therapist back in Liverpool. Throughout my life, I’ve realised there’s no point in running from your problems.

I grew up in a middle-class area but in a very dysfunctional family. Although we never majorly struggled financially, there were a lot of mental health issues.

It’s taken me a long time to come to terms with it, but now I can finally say that my mother was an alcoholic. But, I struggled with the social judgements surrounding the word for a long time.

When someone’s an alcoholic, it’s like an explosion. The person at the centre is most badly affected, but the damage ricochets onto all those close to them.

My parents’ marriage was miserable, so the home was unstable. As a result, my home life was extremely psychologically violent, and I was left with severe anxiety and obsessive-compulsive behaviours.

When I was around 7 or 8, I had a mental breakdown. I had a glass of water, and the obsessive thoughts told me that the devil would have my soul if I didn’t drink it in one go. So I drank it all, but I noticed a drop left at the bottom of the glass. I completely broke down, and from there, those behaviours only worsened.

I didn’t have many ambitions, and I just wanted to survive. But I’ve always been incredibly fortunate to have made amazing friends. They helped me realise that my life was not normal.

I knew something was profoundly wrong, and I tried to tell my family, but they just weren’t ready to hear it. So instead, they thought I was the problem.

My sixth form was a not-so-great inner city school. As a result, I didn’t do very well, but I got by on my natural intelligence.

I was one of two students at that school to continue to university. I attended a polytechnic in Leicester and finally had some vital breathing space from my suffocating family issues.

But growing up in that toxic environment, I’d developed a set of defences that rapidly become unhealthy when placed in a healthy environment. As a result, I struggled to navigate young adult life.

I left university with a 2.2 in English and Politics, which I’d say is pretty average. However, thanks to my degree, I had the opportunity to travel to Japan to teach English.

I hoped to gain further distance from my family, and I did, living 8000 miles away in Tokyo for 11 years. Japan is a wonderful country but that feeling of running away tainted the whole experience.

But over my time in Japan, things got better. I started attending therapy, made new friends and got heavily involved in Japan’s vibrant punk rock subculture.

I met some American guys, and we started a magazine based on the subculture called ‘Chainwhipped’. After a while, we even got it published as a glossy magazine. Although that project never paid well, it was a lot of fun; it was the first time I could truly express myself.

I also got involved with standup comedy during that period, working all around Tokyo. I felt I finally had enough distance to begin my own life properly.

But whilst in Japan, I noticed a tremor in my left hand, which turned out to be early onset Parkinson’s disease. Parkinson’s is a neurological disorder causing a lot of unpleasant symptoms. It’s chronic, degenerative and currently incurable. Unfortunately, my symptoms escalated rapidly, and I endured a lot of physical turmoil.

Although it’s a serious condition, the diagnosis just felt like another bad thing in a string of bad things. My dad had also recently passed away and although we weren’t the closest, being 8000 miles away at the time of his death was difficult.

At the same time, my brother lost his right leg due to an aggressive tumour. Removing his leg saved him temporarily, but the emotional and physical turmoil he endured following the surgery led him to alcoholism.

After 11 years in Japan, I could either choose to stay or move on, and I’d saved up quite a bit, so I decided to move home.

Initially, I chose to stay with my family, but at that point, my mum and brother were so deep into their alcoholism that it was completely unbearable.

So I left again and moved to San Francisco. For 6 months, I sofa surfed and did standup comedy. Honestly, I just had a ball for the first time in my life.

But I was only there on tourist visas, and the money soon ran out. So I returned to Liverpool and got a job in a supermarket which isn’t very glamorous but was a lot of fun.

Shortly after, I got a job in the civil service, which was fantastic because they made the adjustments I needed to help better manage my disease.

But at that point, my mother and brother’s drinking had become extremely serious, and I felt that being there for them would make me happiest. So even though I’d worked through many of my issues in therapy, that period was still extremely emotionally strenuous.

Since I was a kid, I’ve always loved tall ships, so I feel like I found myself again when immersed in the tall ship community. I got involved in one particular tall ship called ‘The Pelican of London’ and reached a point where I became a watch leader.

That led to a fantastic opportunity: I flew out to Bermuda and sailed back to Weymouth. We encountered some savage waves, and I was pushed to my absolute limits, but that did wonders for me.

I wanted to push myself further and do something I never thought I could do. To me, that was running a 5k. Of course, the medication was also a significant factor, but the exercise helped manage my Parkinson’s. I completed a 5k, then a 10k and even contemplated half marathons, but I decided that would be too much for my body.

From there, I completed any challenge, including charity skydiving and abseiling. Boxing has also helped me manage my Parkinson’s, significantly improving balance and coordination, which the disease diminishes.

Parkinson’s has definitely made me think about my future. Unfortunately, it’s a degenerative illness, so I don’t know what the future holds. But at the end of the day, none of us really do, so it’s essential to always try and live your best life.

A young man’s journey of courage

ENTREPRENEUR | EXTREME CHALLENGES | MENTAL HEALTH
Manage Cookie Consent
To provide the best experiences, we use technologies like cookies to store and/or access device information. Consenting to these technologies will allow us to process data such as browsing behaviour or unique IDs on this site. Not consenting or withdrawing consent, may adversely affect certain features and functions.
Manage options Manage services Manage vendors Read more about these purposes
View preferences
{title} {title} {title}
Skip to content