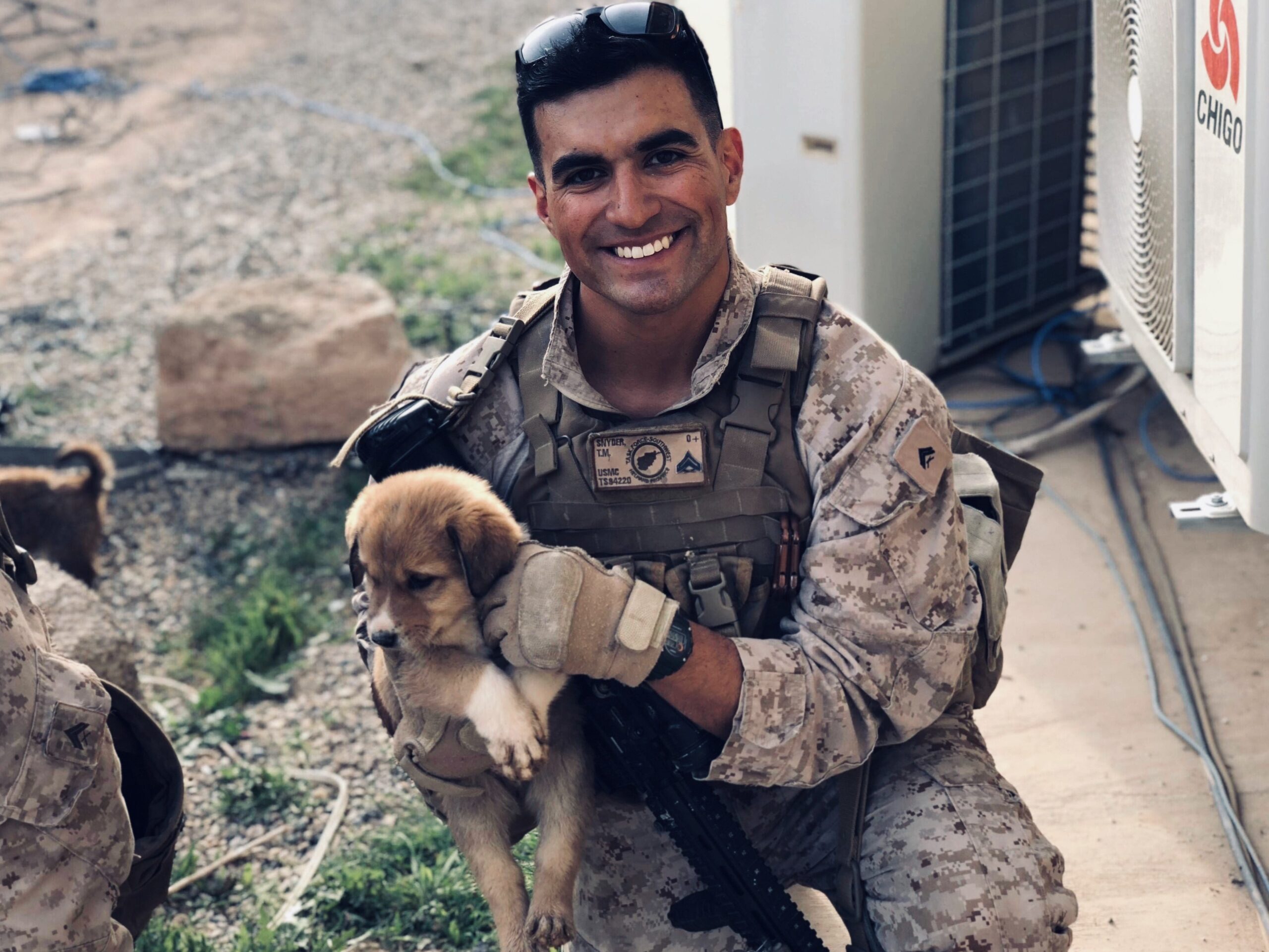 What if your words and actions could make a difference and help others that have travelled a similar path to you? This tale tells of how one person’s shared experience can help combat suicide rates among veterans…

My name is Travis. I’m 33 years of age, and I reside in Holland, Michigan.

Growing up, I had my sights set on many things. I wanted to be a fireman, an astronaut, a lawyer… they were the little dreams that came and went. But, I had always wanted to be a travelling musician growing up and, to be honest, that dream hasn’t changed. All my life, I have aspired to find my niche and be an asset to the world.

Career-wise, I was confused. I had so many interests but didn’t know which path I wanted to take. I managed restaurants for ten years or so but, at around the age of 24, I realised I was missing something and that I needed a kick in the….pants so to say. I needed more direction and self discipline. Honestly, I felt like I was a bouy in the water just sort of coasting. That is when I enlisted in the United States Marine Corps.

For six years, I served as a Reservist in Grand Rapids, Michigan. Going through boot camp and infantry school certainly gave me my fair share of challenges. I learned what it was truly like to push myself mentally, physically and emotionally. It really taught me how to adapt, overcome and find ways to work through. Once a month I would have to train and, a few weeks every summer, we would conduct training exercises as a company and battalion.  In the meantime, I continued to work in restaurant management.

During my last year as a Reservist, my unit of appx 175 people was activated and sent to Afghanistan to the Helmand Province to work for 7 months. We conducted security forces with the mission of training, advising and assisting the Afghan army to defend themselves against the Taliban.

I had a lot of faith that, whatever the situation or the outcome was, it was meant to be. My mind was totally focussed on making sure I knew my job and that I knew the guys’ job next to me as well. We were always thinking about tactics. The goal was to come back home with every single person and thankfully we accomplished that.

We were in a country where that majority of people don’t like you. It was hard to trust people. That created a lot of tension, especially in the first month, but things got better through time.

A week before we left, we found out that we would have to decompress in North Carolina, so that we had time to reflect, before going back home to Michigan. I got back home in May 2018. I was just looking forward to coming home to a great family support.

From there onwards, my plan was to go back to school for either business or teaching and find a job that I liked.

Out of nowhere, I lost a friend from my unit to suicide. It was such a shock. I couldn’t imagine him going through such a difficult time. Not long after that, I started hiking in Northern Michigan and planned the beginnings of a backpacking trip in Northern Michigan. It was then that I had the idea to walk roughly 800 miles of Lake Michigan and to dedicate the challenge to veteran suicide awareness.

I told my folks and friends but I don’t think anyone believed I would actually do it. But, once I announced the walk on social media, things became very real. It was around a month from the point of deciding on the trip to the point of me setting off. I planned on camping out for six weeks straight, but, due to social media and the goodness of people’s hearts, I didn’t sleep outside once. People I had never met would invite me to stay at their place, or put me up in a local motel. I started on August 26th 2019 and completed the walk on October 6th 2019.

Along the walk, I met so many veterans and got to speak with them openly and honestly about the challenges they had been through. I remember one particular gentleman who spoke to me about how he had lost two family members and a neighbour to suicide, as well as having his own battles with suicidal tendencies.

Many veterans find it hard to open up about their struggles but, there are many organisations here in the USA to help support people. Please don’t think you are alone. I serve as an ambassador for Mission 22, an organisation working to combat veteran suicide rates.

Since then, I have enrolled in school to pursue a career in teaching. I regularly speak about my experiences and encourage people with my own personal story..

My message to people is kind of 3 parts:

You are not alone, you have a purpose, you have a reason to be here, you are needed and you are wanted. If you are willing to meet half way and reach out, there are people willing to work alongside you and to help you find your light in your darkest moment.

You have fuel in the tank –you just have to dig deep down and reach for it.

1. Just saying hello can be enough.

2. Do the little things and be a kind human being.

ENTREPRENEUR | MENTAL HEALTH | SPORTS | SUICIDE
Manage Cookie Consent
To provide the best experiences, we use technologies like cookies to store and/or access device information. Consenting to these technologies will allow us to process data such as browsing behaviour or unique IDs on this site. Not consenting or withdrawing consent, may adversely affect certain features and functions.
Manage options Manage services Manage vendors Read more about these purposes
View preferences
{title} {title} {title}
Skip to content