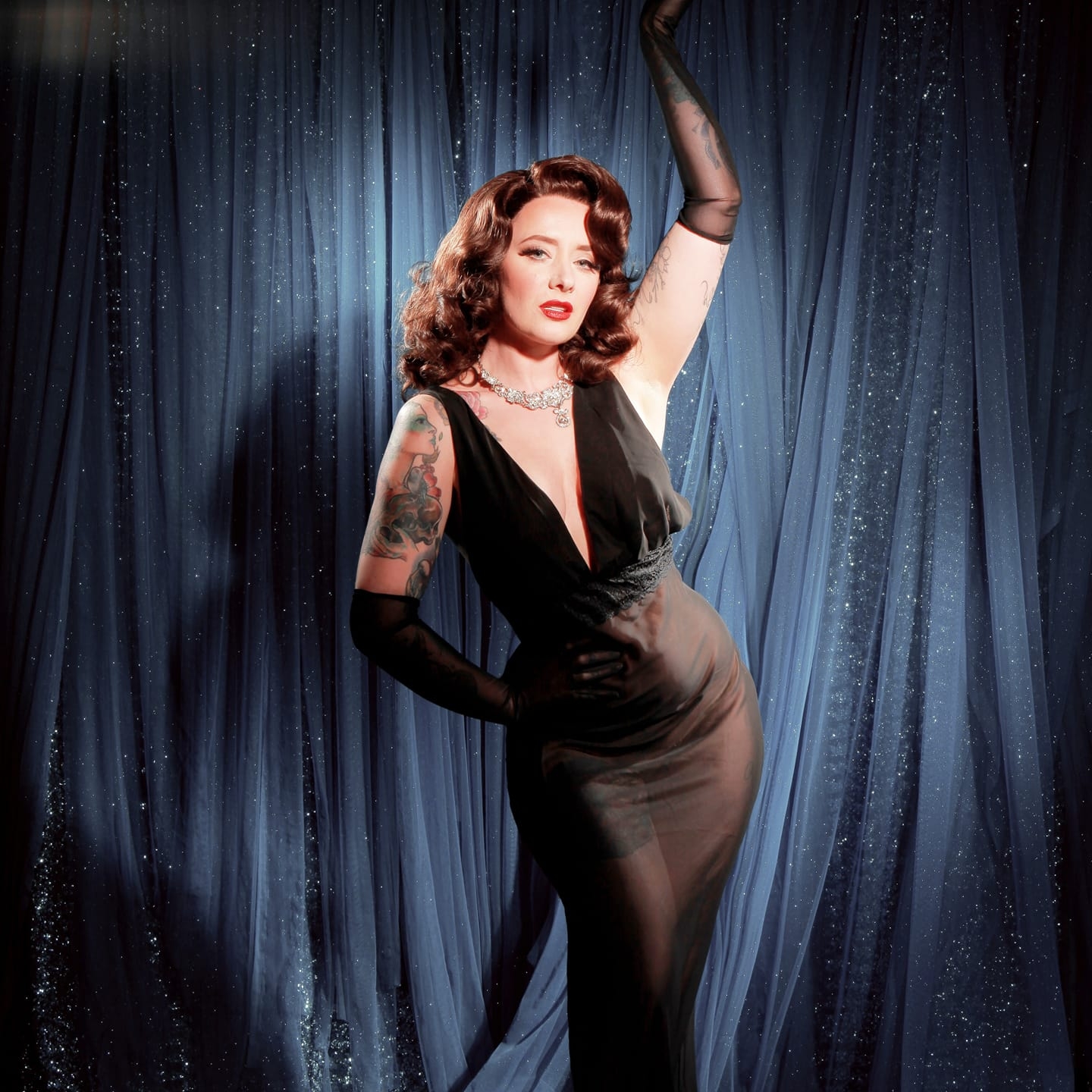 Learning to shine within the darkness

My name is Lindy Witkowska. I am a wife, mother of 4, burlesque dancer, bodybuilder and am committed to helping those around me.

I grew up in Liverpool in the 1980s which meant I was surrounded by poverty. My mother and biological father split up at some point in my early childhood and I was raised primarily by my mum and step-dad. My mum had 5 more children and my biological dad had another 4, making me the oldest of 10 siblings. My parents tried their best but I was unfortunately exposed to some unpleasant things which led to a lot of trauma.

I was married young, at just 19, and suffered a stillbirth just 18 months later. It was very difficult to process my grief, as we were living with family at the time, so my mother and mother-in-law paid for us to go on holiday.

During the holiday I was brutally attacked, my attacker ripped off my clothes and left me bleeding in the street. My husband was riddled with guilt for not coming to look for me sooner, but it wasn’t his fault. We didn’t tell anyone about the attack and just tried to put it behind us.

We found out later that I actually got pregnant on that holiday and we went on to have another 2 children after that. However, our relationship began to crumble. We still had a lot of love for each other but my unresolved trauma and the pressure from our religious community became too much for us and things got very toxic.

I never really felt that the path of Jehovah’s Witness was a good fit for me. I didn’t agree with their views on LGBTQ people and found it very restrictive. I was always considered to be straying from the path within the community and my husband was encouraged to try to keep me in line.

After we split up I went on a date with another man and slept with him. This enraged my ex-husband and he forced me to go to the elders of the Jehovah’s Witness community and tell them I’d committed adultery. I was subsequently disfellowshipped from the community, meaning I could no longer have contact with any of my family or friends.

Both my ex-husband’s family and my family tried to take me to court, arguing I was an unfit mother due to being a loose, immoral woman. They had absolutely no case against me, so nothing came of it, but it made me feel very isolated.

After losing my community, I became very vulnerable and the man I had gone on the date with moved in and we got married. He turned out to be a not-so-nice guy, but I felt it was my punishment because my self-esteem was so low.

He kept telling me I should lose weight even though I was already 8 stone and kicked my dog for walking in front of the TV whilst he was playing a video game. I realised he was a ticking time bomb and I needed to get out. I booked a cottage for the weekend and took my kids. I sent him a message saying when we got back he shouldn’t be there. I expected him to kick up a fuss but he just said ‘ok’.

I got remarried for a 3rd time in my 30s and had another baby. I realised I wanted to do something drastic with my life, to change my circumstances. So when my daughter was just 4 weeks old I opened a dress shop called ‘Lindy’s Vintage Boutique’.

I’d had the shop for a while, when someone walked in and gave me a flyer for ‘Alternative Fashion Fest’. I was a bit apprehensive at first but I spoke to the organiser, Jane, and she convinced me to get involved. The festival later became ‘Art and Soul’ and the shows I attended were a success. I was sucked into ‘Art and Soul’ and a short time later I became Director.

I had also started burlesque dancing and went around the country doing shows. When a performer got ill, before the show, I went on in her place and accidentally sparked an international career.

However, at 17 I was diagnosed with Ehlers-Danlos syndrome which meant that my joints were always fighting to stay in place and I suffered from daily dislocations. In 2018, I was diagnosed with Functional Neurological Disorder and spent the rest of the year in a wheelchair, apart from when I’d perform.

As a response to my diagnosis I got into bodybuilding. I competed in 2017 and made the top 6. Then, just before my health rapidly declined, I did a show where I dislocated both my ankles just before I went on stage. I reset my ankles in my heels and still went on, I was in agony and came last but I felt a duty to myself to perform.

After my health got worse my old coach still stood by me, she helped me build up strength in my legs which made it possible for me to walk again. In 2019 she was diagnosed with cancer and passed away in April of last year.

Her death had a great impact on me. She wasn’t just my coach but my best friend. I realised I needed to gain back control of my life, and my grief, so I signed up for another bodybuilding competition. I came 1st in that competition, then went on to the British finals where I placed 3rd over able athletes and 2 weeks later I took the British Championship for disabled athletes. I find bodybuilding extremely cathartic and when I work out I feel a connection to my friend who passed.

I have since managed to change the system so that disabled athletes are able to achieve pro-status. At first I tried to hide my disability, only showing to those who it was absolutely necessary but now I know that disabled people can do anything, they just have to do some things differently.

I am currently undertaking a new adventure; studying at university. I have recently completed a philosophy, ethics and theology undergraduate degree and have been accepted to do a master in religious studies. I have come so far from the feelings of inadequacy I experienced as a child, which discouraged me from education.

Overall, I would like to emphasise the importance of helping those around you. Through my experience with disability I have realised that disabled people aren’t inherently unable, they just need to do things differently in a world which is made for able people; something we should work together to change.

ADVENTURE | ENTREPRENEUR | MENTAL HEALTH | SEXUALITY | SPORTS | YOUNG PEOPLE
Manage Cookie Consent
To provide the best experiences, we use technologies like cookies to store and/or access device information. Consenting to these technologies will allow us to process data such as browsing behaviour or unique IDs on this site. Not consenting or withdrawing consent, may adversely affect certain features and functions.
Manage options Manage services Manage vendors Read more about these purposes
View preferences
{title} {title} {title}
Skip to content