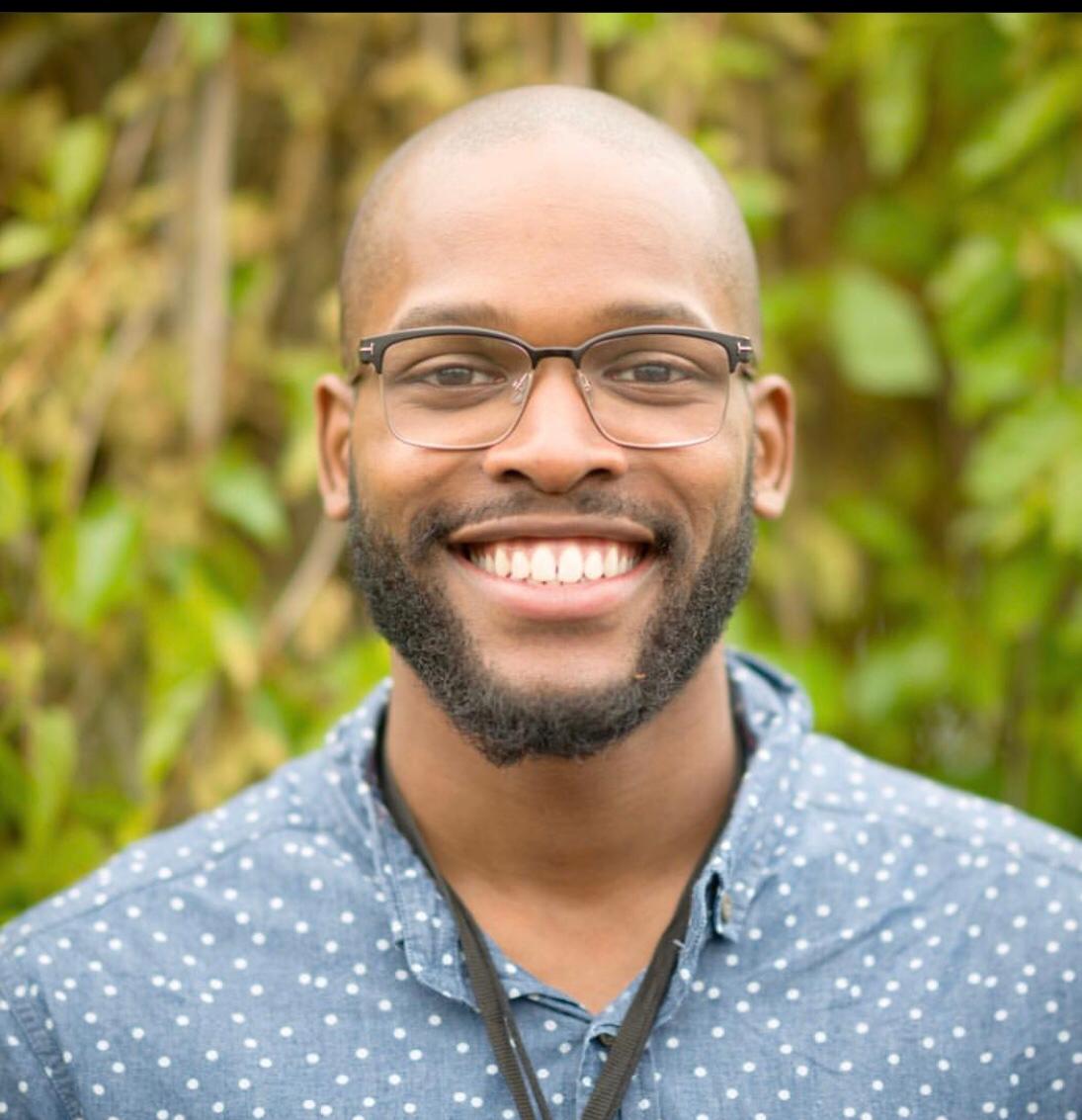 As a Black child growing up in Galesburg, Illinois I realized that my identity separated me from the rest of my community. At 11 years old, some of my friend’s parents would not allow them to hang out with me, as I was perceived as a threat just because of the color of my skin. My friends would tell their parents it’s okay and don’t worry as Joshua is, “the whitest black person you’ll ever meet” and “he is a white man trapped in a black man’s body.” I eventually internalized that language and found myself even using these same phrases. 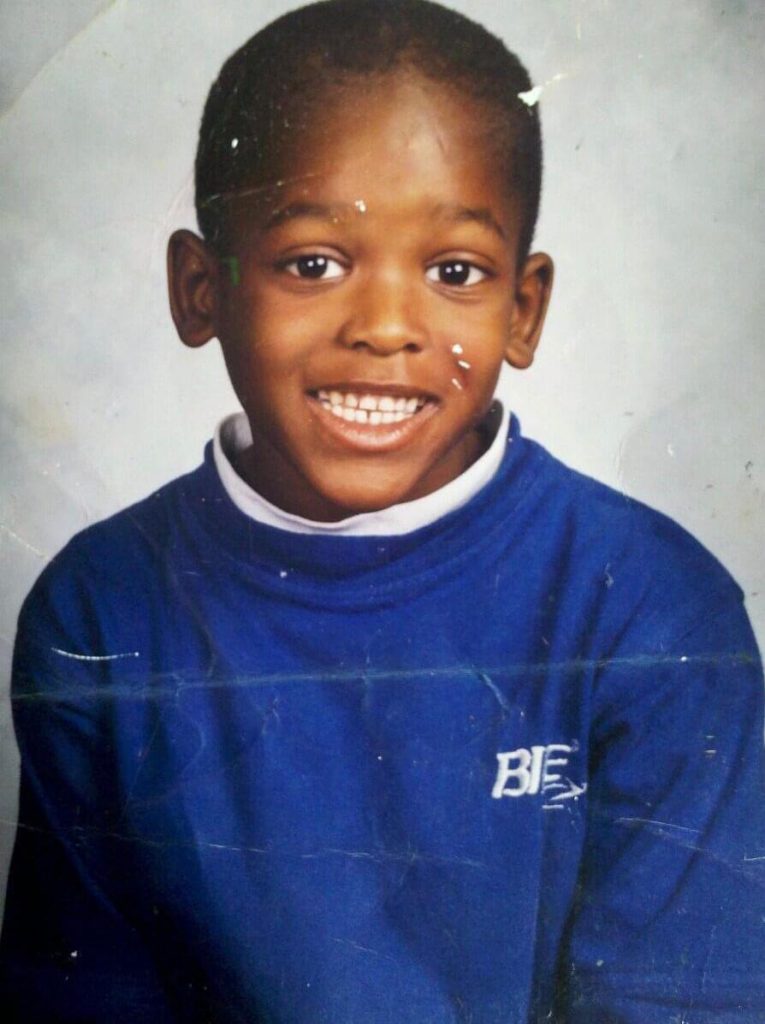 This wasn’t the only identity that separated me. At the age of 7, I realized I was gay. I remember having these feelings but I didn’t have the language to express them. So I asked my dad,“ what is it called when you think a boy is cute?” and he replied, “only boys can think girls are cute and girls can think boys are cute.” So in that moment, I thought there was something fundamentally wrong with me. I was so confused and decided I needed to keep these feelings a secret.

At a young age, I deemed myself as someone who wasn’t capable of being happy because of my identities. I thought from what the world was telling me that I was just not worthy of being happy or trusted, which manifested into a lack of self-worth and me not cherishing my own life. As time went by, I eventually lost all sense of who I was.

This led me down a road of toxic relationships, with one in particular that almost ended my life during my senior year of college. Not seeing the value of my own life, I attempted suicide on March 13th, 2014. I sprinted 100 meters into a road full of cars, traveling at high speeds to end my life, with nothing in my mind telling me to stop. The next day, I woke up in the hospital to a nurse informing me that I got hit by a car and broke my tibia and fibula and had a severe concussion. This was the wake-up call that something in my life needed to change. At the age of 22, I summoned the courage to end the relationship and then moved to Portland, Oregon to start over and reinvent myself.

I came to Portland thinking everything would be a clean slate, but that wasn’t the case. With  Portland being predominantly white, I would go weeks without seeing another Black person. In addition, I experienced covert and overt racism, from people refusing to sit next to me on the bus, to people occasionally directing racial slurs at me. With time, it started to impact my mental health, leaving me feeling inferior, invisible, and voiceless. I eventually started to wish that I had died in my suicide attempt. I had moved from Illinois, but my problems followed me.

That is when I realized something fundamentally in my life needed to change. I began asking myself,”what do I need to do to address these feelings?” The first thing that came to mind was to go on a spiritual journey. So I started to go to a meditation group, and although I loved the community, I didn’t feel like I was experiencing the breakthroughs I was seeking. But fortunately a co-worker at the Oregon Food Bank introduced me to the Soka Gakkai International, an international Nichiren Buddhism organization. I remember going to my first meeting thinking,” how are they going to perceive me as a gay, Black man?” To my surprise, the person hosting the meeting was a Black American and a lesbian, and that completely squashed all of my doubts and worries.

Through my Buddhist practice and the support of the community, I began challenging my own internalized racism and homophobia. At that point, I had completely isolated myself from the Black and LGBTQ + community, with not wanting to be perceived as the stereotypical black or gay person. I soon realized how entrenched I was in anti-black and gay sentiment from society and how it influenced how I viewed myself and my interpersonal relationships. With this awareness I continued to challenge these thoughts and beliefs until I experienced a breakthrough.

With time I started to view my circumstances as opportunities to connect and encourage others to live true to themselves. So I began sharing my experiences around race, sexual orientation, and my suicide attempt as a way to inspire others while healing myself. Through sharing my story on different storytelling platforms and interactions with individuals, several people have now shared with me that my personal journey has encouraged them to come out to their friends and families.  And as a personal breakthrough, I celebrated my queerness by attending my first Pride parade last year at the age of 27.

Through my spiritual practice, I learned that I could transform any hardship or obstacle into an opportunity to create value in my life and the lives of others. I never realized how precious my life was until I almost lost it. Now, on March 13th of each year, I take a personal day to celebrate and treasure my life.

In regards to the inhumane murder of George Floyd, I’m absolutely devastated. Everyone deserves the freedom to live, to be free and to feel safe. It’s upsetting that many people don’t respect human dignity and the sanctity of life. It’s more troubling to see that cycle repeating itself over and over again. The anger and the hurt that the Black community is experiencing right now is not new. We have been experiencing racial discrimination ever since we can remember. I experienced racism for the first time as a little kid and it has persisted my entire life. That pain and anger doesn’t go away, it just intensifies.

To maintain hope, I remind myself of a Buddhist quote stating,”When great evil occurs, great good follows.” Acknowledging this, I’m reminded that we are where we are now because of all the activists that stood up and demanded change. Through that change, hope was created. Now, it’s our opportunity to carry forth the work of the activists who came before us. Similar to them, we can use these occurrences as opportunities to advocate for change. We are seeing it now with the four cops being charged. That in itself is huge. Yes, it’s nowhere near enough, but George Floyd’s death is leading towards significant change in the USA.

So now, more than ever, there is the opportunity to stand on the side of history that’s actively working to address the human tendencies and systems that marginalize and threaten the lives of Black Americans. It’s important for all of us to recognize that racism is systemic, institutionalized and internalized, and we will need individual solutions to address it. And although uprooting racism will be a life-long journey, I’m committed to working towards creating a society that is racism-free.