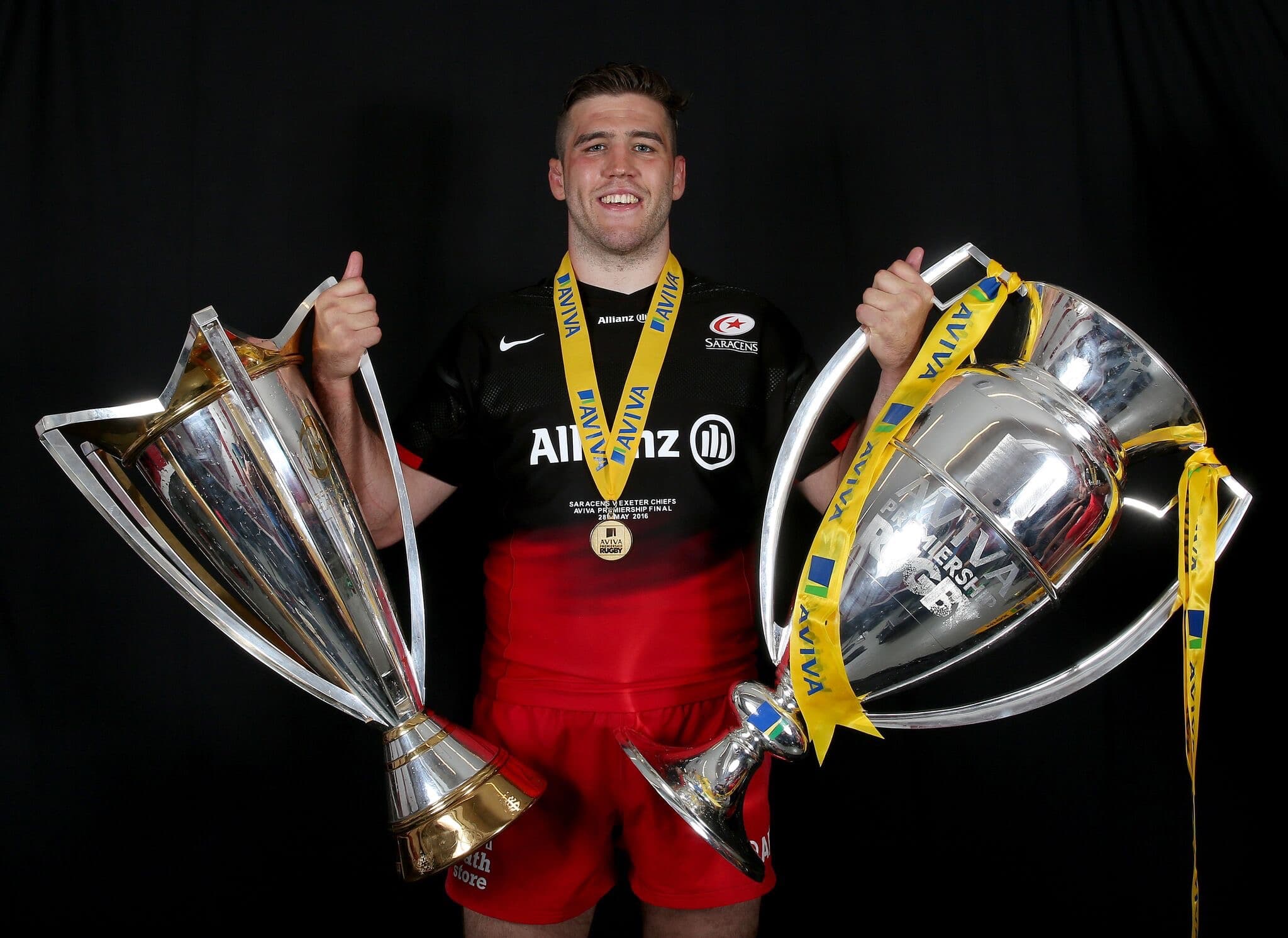 The rollercoaster of professional sport

My name is Will Fraser, I’m an ex-professional rugby player and head of my own business: 100 & First, focussing on drawing inspiration from the stories of others.

I was born in Hertfordshire, I am from a large family and am one of four boys. My childhood was exactly how you’d imagine with three brothers, we had plenty of fun and laughter but were always fighting too. I had an absolutely brilliant childhood and I was always playing every sport imaginable; football, rugby, cricket etc and we were lucky to have plenty of outdoor space to play in.

When I moved schools at a young age, I was first introduced to rugby properly and from the first time I picked up that ball my life was determined. I played lots of sports throughout my life but it was always rugby I felt a proper connection with. In the beginning it was just because I was big for my age but then as I carried on playing I realised how important sport was in learning lessons such as dealing with setbacks, meeting new people and generally being adaptable.

When I was about 14 I joined the Saracens Junior Academy and signed my professional contract with them when I was 18. Throughout my career I loved the community spirit the club gave us and we even had a creche for the children and coffee mornings for partners/family members etc. I owe so much of who I am today to the club, I even met my wife there when she was working as a hostess.

Throughout my time there I learnt the importance of learning what you’re good at and doing that rather than trying to be something you aren’t. I ended up not being that big in my adult life in comparison to my teammates and realised I needed to give up on trying to do the jobs of the bigger players. I realised I needed to do little things to help others instead and this learning curve is something I transferred to my business career in later life. In the club we recognised the importance of the less glorific roles and even created the award for ‘The s**t people don’t see’. I realised that some people get to play the hero but the stuff behind the scenes is just as important and that takes away a lot of ego.

Despite my passion for the club I was the last of my group to make my debut at 22, whilst the others began at 18-21. My career was littered with injuries and I had a total of 10 operations throughout my professional career. However, the most influential injury in my life didn’t happen to me but instead my brother, Henry. When I was about 19 he took a dive into the sea, whilst on holiday and dislocated a vertebrae, leaving him unable to move from the shoulders down and in a wheelchair for life. Although this meant the end for some things it was an opportunity to forge a different lifestyle for himself that he never would have had otherwise. We call him the ‘Golden Ticket Boy’ because whenever he’s around, opportunities seem to arise, not to mention his personal achievements such as his status as a twice bestselling author.

Before my brother’s accident I didn’t deal so well with my injuries or my emotions, but I learnt to do much better. I had a subconscious shift in how I dealt with my injuries and surgeries and they didn’t set me back as much as they once did. I felt extremely grateful for the life I had.

I retired from rugby at age 27, after winning 5 Premiership titles and 3 European titles, due to a slipped disk in my neck that caused blood on my spine, which was difficult for a few reasons. Firstly I had become mentally set on the idea of retirement at 30 but this had to drastically change. Secondly, my best mates were still playing and although I was immensely proud of them I couldn’t help feeling I should be out there with them. Thirdly, I felt like I had so much more potential and a lot more to give.

Therefore, I transformed this potential into my business; 100 & First. Our aim is to break down the inspirational stories of others into the elements that can be transferred to other individuals, such as mindset. Our mantra is that we want to work with ‘f**k yeah individuals’ and make the world a better place through the stories of others.

Finally I would like to emphasise that you should always aim to leave the room better than you found it. Metaphorically meaning that you should always aim to improve whatever space you are in, whether that be emotionally too. I have tried to implement this in my own life, through my professional career and by observing the impact of my brother’s story on myself and others.

From gangs and prison to transforming a system

ENTREPRENEUR
Manage Cookie Consent
To provide the best experiences, we use technologies like cookies to store and/or access device information. Consenting to these technologies will allow us to process data such as browsing behaviour or unique IDs on this site. Not consenting or withdrawing consent, may adversely affect certain features and functions.
Manage options Manage services Manage vendors Read more about these purposes
View preferences
{title} {title} {title}
Skip to content