-If you were to tell the younger version of me that I was destined to be a professional YouTuber, I would never have believed you. My journey has been full of twists and turns and I hope my tale will encourage anyone who comes across it to do what they enjoy.

As a child, I had severe social anxiety and couldn’t go outside; being around too many people was terrifying. My anxiety meant that I was completely overwhelmed and didn’t understand what was going on, which made being at school incredibly difficult.

My mum would take me to psychiatrists, doctors and other specialists to try and figure out what was going on. I was obsessed with Lego, Video Games and I wouldn’t play with other kids or go outside. I was told I had agoraphobia, attachment issues, separation anxiety and (although none of these were the correct diagnosis) we took it as the truth. 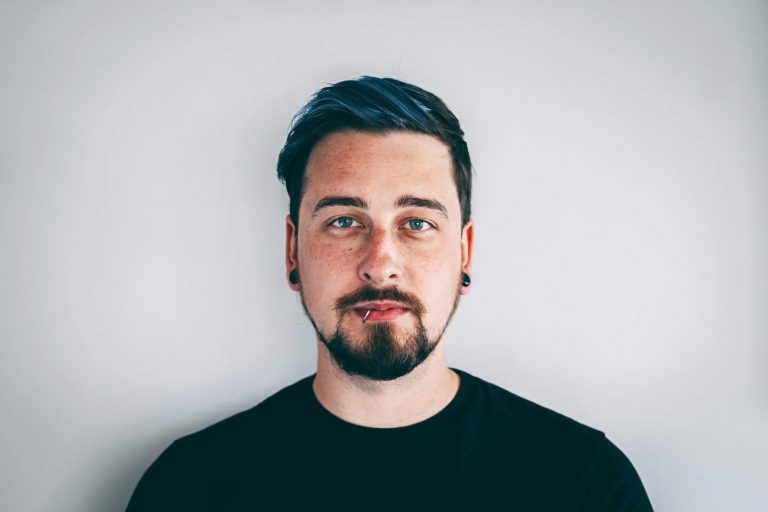 High School was on another level. The sheer volume of people in a classroom was horrendous and caused me so much panic. It was as if I could constantly feel everyone’s presence in the room. I would try every trick in the book to stay away from school. I was never able to keep up with the rest of the class and I was not very popular at all; I remember being bullied on numerous occasions. The time that sticks with me the most was when a group of girls started punching and kicking me and I couldn’t do anything to stop them.

Thankfully, I was able to connect with a couple of students who played music and found a group of friends. I started teaching myself how to learn musical instruments in 1997 and can now play 12 Musical instruments. In 2001, we started a band.

Music was my escape. Whenever I played, my anxiety would just disappear.

I left High School with two Grade C’s s in Information Technology and no other qualifications. After that, I spent a year at a local performing arts school that did music, dance and drama. It was one of the most amazing years of my life. I got to be myself and was surrounded by creatively expressive people.  I didn’t feel like anybody was judging me.

After that year, I had an opportunity to tour the USA with the band. We toured the East Coast with a bunch of other bands, which was crazy good. Once we got back from America, I didn’t really know what was next. The band dispersed and my parents told me that I needed to get a ‘proper job’. I managed to get a night shift working stacking shelves at Wilkinson Hardware store and then, having no qualifications in anything other than music, I managed to blag my way in to an agency that got me a job fixing people’s computers remotely in the USA and Australia.

As I progressed through the company, I realised I couldn’t deal with connecting with other people. I decided to leave and found a job working within the healthcare system as a desktop support for the NHS. Not long after that, on Christmas Eve they made us all redundant. Even before they told us about the redundancy, I had already become severely depressed; I was on anti-depressants and I had been taking a lot of time off work just to cope.

During my depression, I had zero motivation to do anything. It was as if there was an overwhelming lack of urgency in everything. There was no spark in my life. I wanted to feel good, but I had this constant ominous cloud over my head. It was horrible.

After my experience with the NHS, I landed a job at a local Startup company, but I found working in an office a huge struggle. After a year of working at the same desk, they changed the arrangement of the office and I had a huge meltdown. Nobody in the office really understood what had happened and so they referred me to a specialist.

In 2013, at the age of 26, I was diagnosed with Asperger syndrome (also referred to under the umbrella term of Autism Spectrum Disorder), ADHD, OCD and Dyslexia. The doctor explained to me that the reason my mental health was suffering was because I was putting myself in situations that were overstimulating for me. He recommended that I work no more than two days a week. I couldn’t figure out how I was going to be able to survive working so little.

After my diagnosis, I spent my time searching YouTube to try and learn more about my conditions but I couldn’t find anything except really boring and depressing videos. So, I had the idea to go about making more upbeat videos about Aspergers and I created my first YouTube video about Autism and Asperger Syndrome Symptoms for my channel The Aspie World.

Once I started, I took it really seriously and, in both 2016 and 2017, I won the YouTube Next Up Award. This meant I got to travel to LA and had the opportunity to mix with some of the brightest video creating minds in the world.

I studied the YouTube algorithm to find the most effective ways to increase the viewing time of my videos. In 2018, subscribers to my YouTube channel grew exponentially from 13K to 50K. I now have 122K subscribers and currently have 326 video ideas that are not even commissioned yet.

My favourite quote is: “practice makes progress. Just keep trying and, eventually, you’ll get there.”

Using that mentality, I’ve discovered that I get comfortable with routines, which really helps with Aspergers. But, when a routine changes, it is like stripping naked and jumping in ice cold water. I feel completely exposed.

Autism Spectrum Disorder effects 1 in 100 people in the UK and 1 in 60 in the USA. As I discovered, it is not always easily diagnosable. With those figures in mind, it seems highly likely that there would be more people who have not yet been diagnosed.

The most common defining features of Autism are social anxiety, communication issues and possibly agoraphobia. However, these can vary in intensity depending on the individual and we all deal with things differently.

For me, there is medication I can take to manage my ADHD and I am currently taking medication for sleep and for my anxiety. However, there are many different ways in which people can deal with their own personal situation besides medication. You can find out more about Autism-related mental health issues and different coping mechanisms on my YouTube Channel.

My Advice to someone who has been through or is currently going through something similar:

Ultimately, my aim is to create the world’s biggest global Autism awareness brand. I want to put together TV shows, publish books and create all kinds of media to educate people about Autism and to break down the barriers created by a lack of understanding.