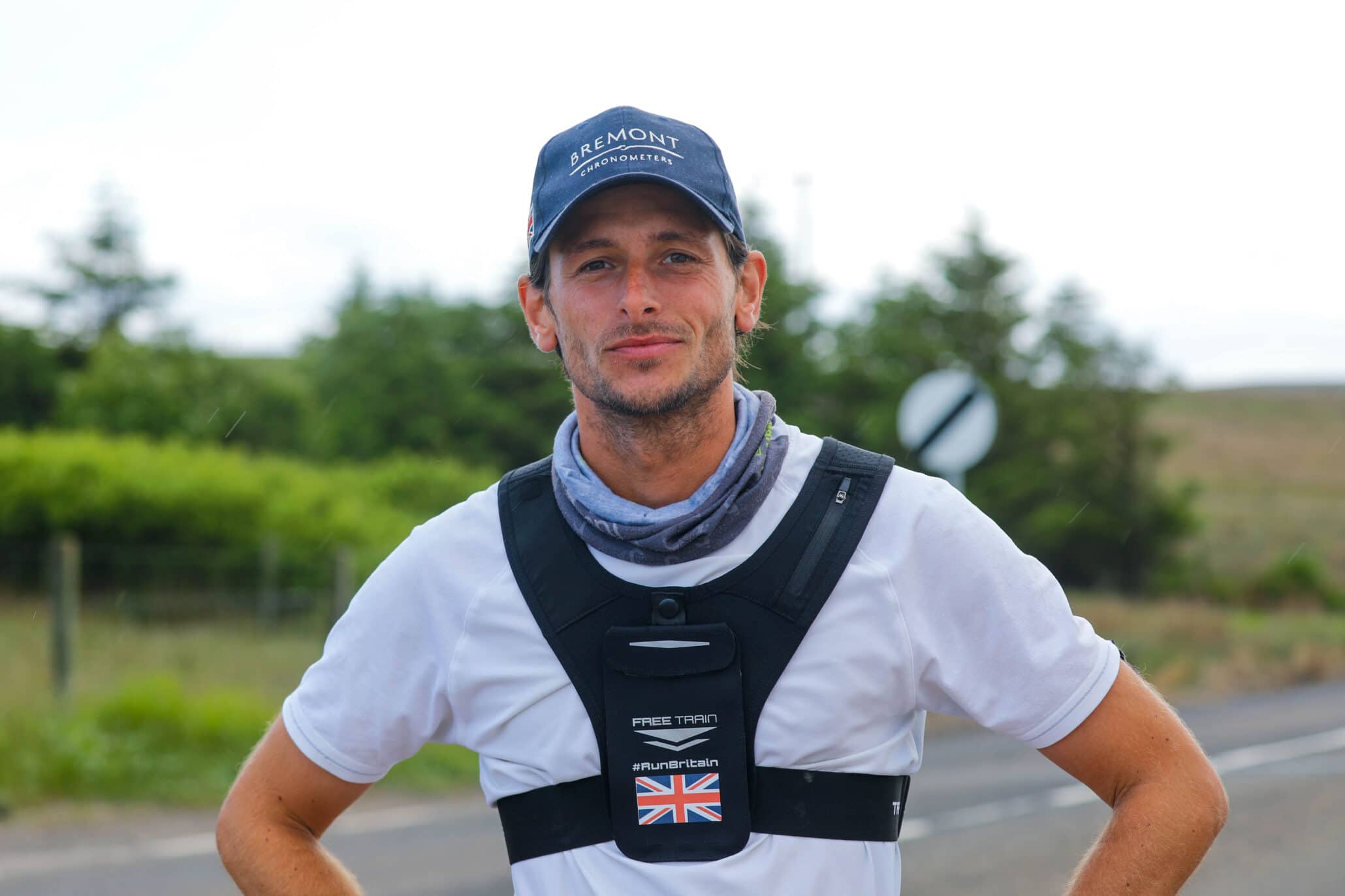 “If you get over the first hurdle, the rest will follow pretty naturally”

My name is Nick Butter and I am a long distance runner and founder of The 196 Foundation. I told part of my story back in April but would like to share some updates, especially due to the impact of Covid-19, on my plans.

My story picks up in the French Alps, where I had just completed the task of running 100 marathons in 100 days, and was eagerly planning my next trip. I wanted to do a North to South run of Malawi and was planning to complete some well drilling along the way. However, my plans were scuppered due to Covid so I began planning a run North to South of New Zealand and was ready to embark but this was once again halted due to Covid.

However I didn’t let this adversity stop me and I took these issues as an opportunity to complete a run in my home country, Britain, which was something I never would have done before. I decided I wanted to complete 200 marathons in 100 days, smashing my personal record, and pushing myself to the limit. I was also inspired to create a fantastic cause for Run Britain and I wanted this cause to have a wide reach and not be as specifically targeted as my previous campaign.

During my U.K. run, despite being in the familiar terrain of my own country, I still encountered a lot of hardships. The task I had set myself was the equivalent of running 2 marathons in 12 hours and I was burning upwards of 8,000 calories a day, so I was rapidly losing both sleep and body fat. I also sustained an extremely debilitating knee injury just 6 days into my journey. I found out I had an extra bone in my knee and I had also sustained both a latitude and a longitude fracture. I was told to take at least 6 weeks off to recover but after just 4 days and 3 nights I was back to my task of running almost 50 miles daily. When I began running again it was very difficult and took me 19 hours to complete my goal distance for the day, I was weak, shaking and hallucinating. This suffering continued for 3 to 4 weeks after my injury and I was crying daily, but I kept going.The weather conditions were also extremely difficult during my journey, with heavy rain constantly and the howling winds rendering me deaf at times.

I used several key factors as motivation to carry on through my ordeal. I believe that you are the sum of those around you and I couldn’t have done it without my team supporting me, particularly Andy who was always there driving to meet me, making me food and washing my clothes. Andy even fashioned me a pair of ear defenders to help resist the sound of the winds. I also enjoyed the opportunity to explore elements of Britain that I wouldn’t have before, from the beauty of the Scottish countryside to the picturesque scenes of Cornwall. My pride for my home country grew daily as I got to know it more. I learnt through my experience that the power and strength of the mind can conquer the body and you can do anything you put your mind to. Even though I didn’t quite manage the goal of 200 marathons in 100 days I still completed the task in just 128 days and beat the world record, even with the challenges I endured.

In the future, I want to continue with my passion and pursue the projects I had to put on hold for Covid, running North to South in Malawi and New Zealand. I also want to continue on to explore the world further by running in Bali and Iceland. However, I would like to spend the next year focussing on myself and bettering myself. I want to make my body as strong as my mind and listen to my body in order to grow. I want to learn from myself and to try to learn something new everyday, part of the reason why I am also currently writing a book about my experiences. I believe that it is important and easy to better yourself, it doesn’t take a lot, and can be as simple as sitting and thinking for a few hours a day.

Finally, from my experience, I would mainly like to encourage anyone and everyone to turn their passion and hobbies into something that can do good. It doesn’t matter what your passion is, whether it’s playing the guitar, cycling or pottery. I began running as a hobby, however I have transformed it into a vessel to do amazing things and I have now begun a successful charity with over 1,000 monthly contributors. I believe that failure is impossible if you are pursuing something you truly love. Therefore I would encourage everyone to be selfish with their passion because you never know whether something truly fantastic could come out of it.

ENTREPRENEUR | EXTREME CHALLENGES | MENTAL HEALTH | SEXUALITY | YOUNG PEOPLE
Manage Cookie Consent
To provide the best experiences, we use technologies like cookies to store and/or access device information. Consenting to these technologies will allow us to process data such as browsing behaviour or unique IDs on this site. Not consenting or withdrawing consent, may adversely affect certain features and functions.
Manage options Manage services Manage vendors Read more about these purposes
View preferences
{title} {title} {title}
Skip to content