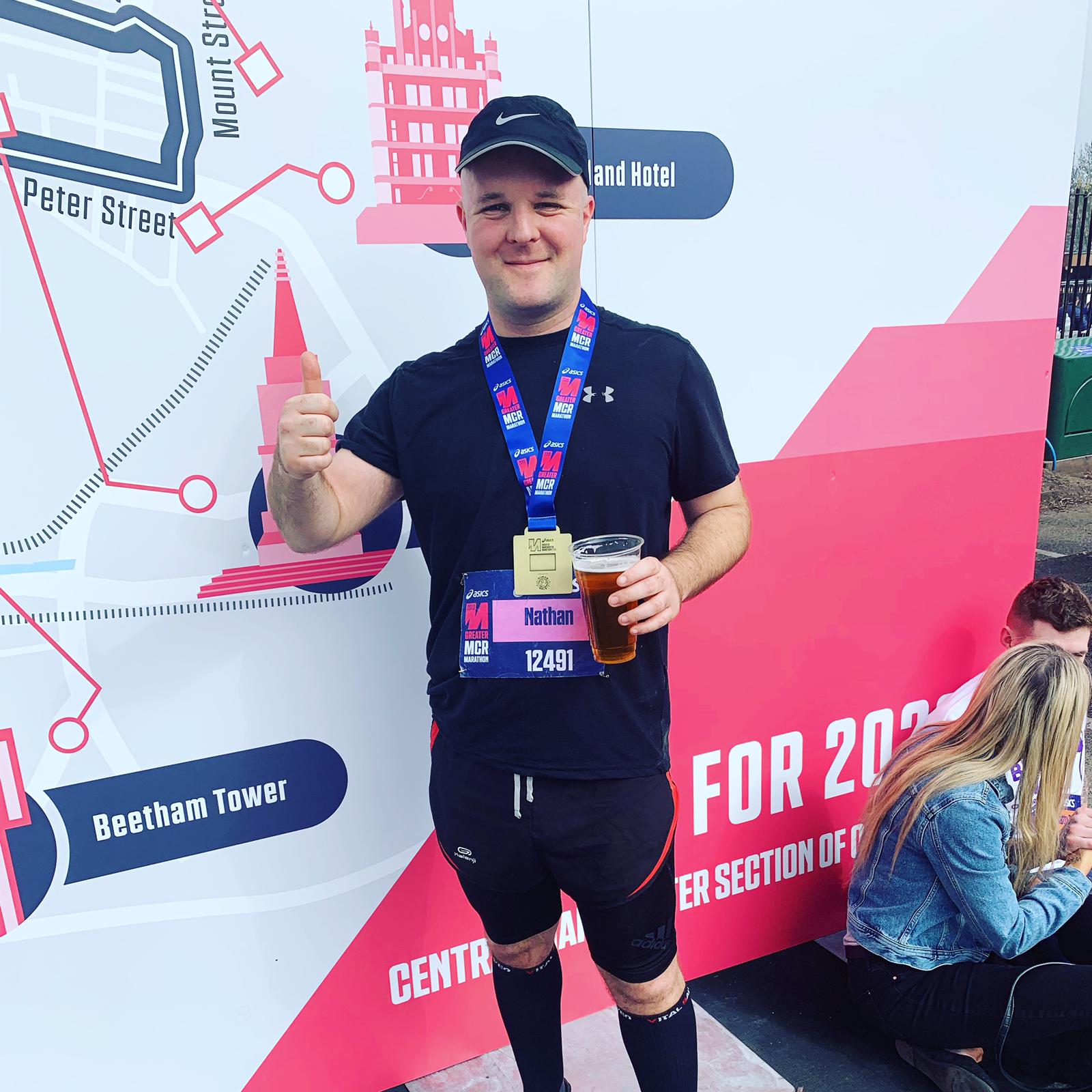 -At one point, my mental health got so low, that I didn’t really know where to turn. To see who I am and what I am doing today is like I am two completely different people.

I am Nathan from Greater Manchester. I’m 28 years old and I was born and raised in Bury.

From the age of around 15 I decided that I was going to join the army. My dad had been in the army and I didn’t really know what I wanted to do with my life to be honest. I left school when I was 16 in May 2007 and by September I enrolled in my foundation course with the army and then on my 18th birthday I signed up for the army. 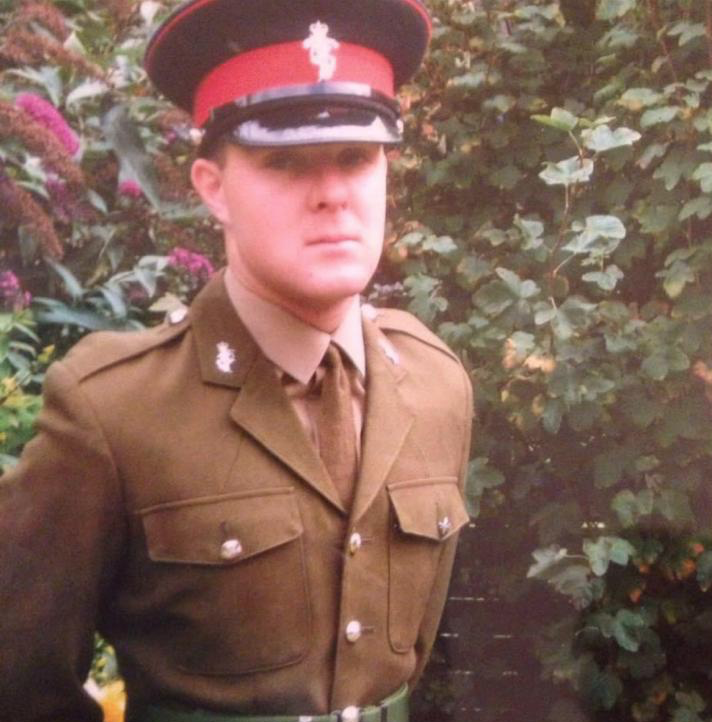 I don’t really know what expectations I had of the army. At the age of 16 it was a complete shock to the system. I knew it would be tough, everything you see on the tv and hear about is the same.  I was based in Salisbury down South and my life really belonged to the armed forces. I had great opportunities to do training in places such as: Canada,Kenya and travelled quite a lot around Europe. I met a lot of friends whilst in the army, but in all honesty after 6 years the day to day work grounded me down. It’s pretty intense to say the least.

In 2011 I became a father for the first time to a beautiful baby girl. I was travelling up North every weekend to spend time with her and her mother  and I realised I wanted to be closer to my family. I left the army with an honorable discharge and look back on overcoming those great challenges with a sense of pride and achievement.

After leaving the army things weren’t exactly easy. I started working in a garage, that didn’t really work out, then I worked for 3 years working with BT, I didnt ever feel like I was doing something I enjoyed or was passionate about, but I got to be close to my family. I then got offered a job in Australia.

In March 2018 whilst working out in Australia my Uncle passed away and not long after my Aunt also died. I flew back twice for two funerals and it really hit me hard. I was really upset, I put on a bunch of weight, I started smoking a lot and drinking and I was a mess. My mental health was really not great and I started feeling down about everything.  I was never diagnosed as depressed by a doctor or anything but I was in a real slump. I’d lost my sense of belonging in this world and I didn’t really know what to do about it.

Then came the change….

Towards the end of 2018 I realised I had to do something, so I set myself a challenge of running the Manchester Marathon on  April 7th 2019. I had never ran a marathon before and so thought it would be a great way to focus my mind on something. It just so happens my brother was running the Paris marathon the week after. So I then decided to run both the Paris and the Manchester marathon in the same week. So I was literally training for 2 marathons within a week, having never done a single one before in my entire life.

I managed to do the first one in Manchester, I wasn’t able to walk properly the next day. I remember saying to my friend “ I am supposed to be running another one within a week.” I was so stiff! My body started to feel a little better and I managed to complete the Paris marathon. It was incredible! It made me change my whole thought process and I began to think, if I can run one marathon within a week, what else can I do….

From then onwards, I was motivated and in much better shape. 6 weeks later I did a trail ultra marathon and upon completion felt like I needed something more. I needed a big adventure and to do something huge and raise awareness and money for various charities close to me.

I came across a Burnley fan who had run to every away game of the season and he made me think of wondering if someone has ever ran to every Professional football club in England. I did some research and found out that it had never been done before. So there and then the challenge was created. I would run approximately 2,200 miles to all 92 professional football clubs in the country doing the challenge in consecutive days.

I started at Old Trafford, the home of my beloved Manchester United. I then ran to our rivals Manchester City and then onwards over to Liverpool. I have now completed 9 football grounds, having started on the 7th march, but due to Coronavirus everything had to be halted. I am looking to continue the challenge when restrictions allow, which may be soon. I am also doing something called plogging which is running and picking up litter at the same time.

I am running for MIND mental health charity and another one called SuperJosh, a charity close to my heart. People have joined me from all over and are more than welcome to join me along my journey. I am hoping to raise £9,200 which would be £100 for every ground.

Running has helped me so much with my mental health. It gives me such a good feeling. It is a clear out for my mind. The more you do it, the more you get that clear out. I came up with the whole idea of running the 92 grounds whilst running. Amazingly enough, the physical side of it comes second for me.

I want to show people to not give up. No matter how low you are or how bad you feel there is always something. Not everyone will have running, but if you can find a passion then go for it! If you are down, its not over!

Try and stay positive, I know it’s easier said than done, but always try and find some kind of positive. Try and get outside for your hour a day, I am a firm believer that nature is so helpful for people. It will significantly improve your day.

I am doing something that I love everyday which is priceless.

You Can get through the Darkest Times

Love is the only Language I Speak Fluently

ADDICTION | EXTREME CHALLENGES | HOMELESSNESS | MENTAL HEALTH
Manage Cookie Consent
To provide the best experiences, we use technologies like cookies to store and/or access device information. Consenting to these technologies will allow us to process data such as browsing behaviour or unique IDs on this site. Not consenting or withdrawing consent, may adversely affect certain features and functions.
Manage options Manage services Manage vendors Read more about these purposes
View preferences
{title} {title} {title}
Skip to content