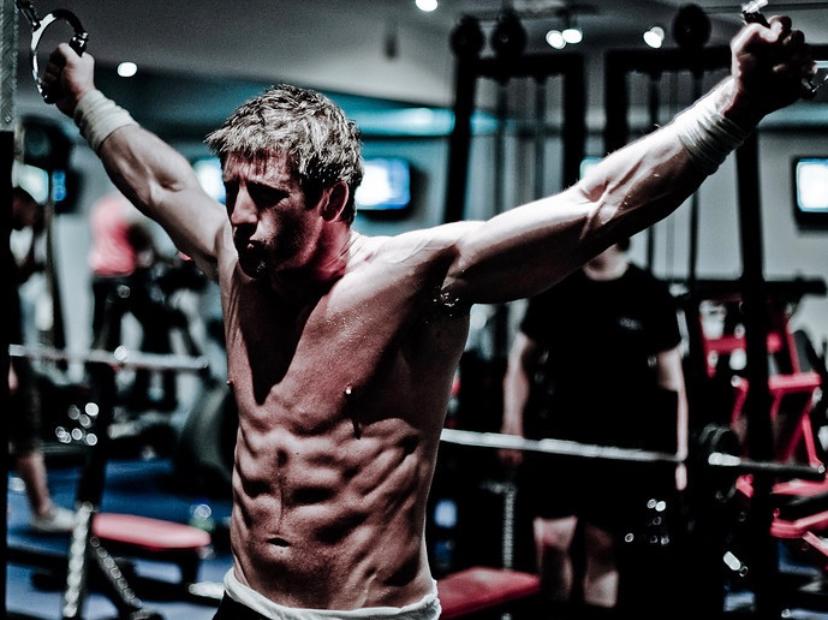 My name is Mark Strange. I’m a martial arts actor but I had to do my fair share of fighting to get to where I am today…

I’m from the small town of Leyland in Lancashire, England. My family have lived in this area most of my life. We never really had lots of money but I had a great family life with two brothers and one sister. We’re a creative bunch, which always keeps things interesting.

When I was ten years old, I began watching martial arts movies. I idolised Jackie Chan, Bruce Lee and loved to watch anything starring Sylvester Stallone. The rags to riches stories inspired me to pursue my dream; if they could do it, so could I.

It was my childhood dream to be in the action movies I was watching but I never truly expected it to happen. 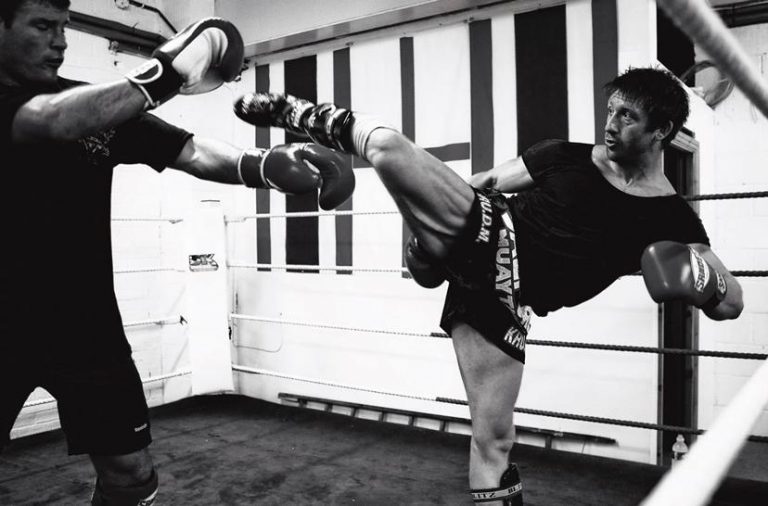 Kung Fu was my initial passion and then I was introduced to Chinese kickboxing. After a lot of hard work and practice, I eventually got so good I was able to compete for Great Britain.

When I left school at the age of 16, I set up a full time martial arts gym. A pretty big deal for a 16 year old. My eldest student was 90 years old. There were no other gyms like it in the area and, if I’m totally honest, it was tough. On a number of occasions, I would struggle to pay the rent. It was really hard to keep it going and I often felt like my whole life revolved around that gym.

Throughout the 16 years that I ran the gym, I had many ups and downs but, despite a lot of financial difficulties, I managed to keep it going. I put all my energy into pursuing my passion, not just for me but to help and encourage others to find theirs. Owning the gym developed me and helped me to grow as a person in many ways; it taught me how to keep going, overcome obstacles and never ever give up.

Just before I gave up the gym, I started producing films myself. The first of which was called ‘Displaced’ and took 7 years to make. For my first film, it didn’t do too badly – it sold in America and Japan along with few other countries. Off the back of that film, I was offered work with Jackie Chan in Hong Kong. I was ecstatic. Finally, a foot in the door in the film industry and a dream come true to work alongside one of my childhood heroes.

I lived in Hong Kong for four months working on two Jackie Chan movies. That was the point when I switched from martial arts to movies. After working with Jackie Chan, I was offered work on ‘Batman Begins’ with Christian Bale as a stunt artist. Since then I have been able to work with idols such as Jackie Chan, Donnie Yenn, Sir Ian Mckellen and Yuen Woo-ping.

In the beginning, it would have been so easy for me to give in. I am not sure how many successful Martial arts actors have come from Leyland, but I would bet anything that it’s not more than one. I started out with very little money and I was so young when I decided to set up my own business. Even up until last year, I had never had an agent, which meant that I had to put myself in the right situations in order to get work; Constant emails, calls, training. It can be lonely at times, really lonely.

I have to admit, a huge help has been my grounding in martial arts. Learning martial arts is a real challenge, there is always something you can improve on and push yourself towards. For mental and physical health it has really given me a strong foundation.

More recently, I was given the opportunity to be in the hugely successful movie Redcon-1, which was so much fun. It has been on Netflix ever since and won many awards.

Last year, I worked on the most exciting film yet for me, ‘Ip Man 4’. It was a privilege to work with one of the biggest names in action movies, Donnie Yen. The director was Yuen Woo-ping who also directed ‘The Matrix’ and ‘Kill Bill’ with Tarantino. In one scene, I fought the actor who played Bruce Lee which, once again, was such a surreal experience. The amazing opportunities that I have had so far have made all the struggles I have been through worthwhile.

Covid-19 has put a stop to a lot of things in our lives at the moment but, first and foremost, my heart goes out to everyone suffering right now. So many people have had to battle this terrible illness and so many have died.

Throughout the lockdown, I have been isolated from family, my beloved partner and of course my friends. It’s been a tough experience that has forced me to redefine myself and to improve myself more than ever before so that, when I finally arise from this dark tunnel of isolation, I will be prepared for whatever is to come.

My message to anyone in the world is:

It doesn’t matter how much money you’ve got, where you grew up or where you live now. What does matter is how large your heart is. Nothing can replace hard work, determination and discipline.

Opportunities and change will come, you just have to work hard, be committed and have conviction that you truly can achieve your dreams.