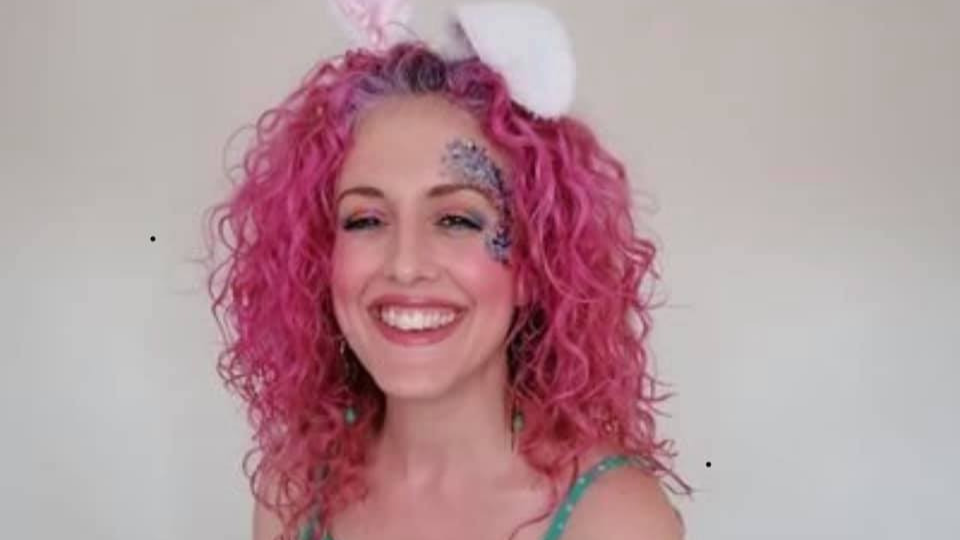 My name is Michelle Jones. I am owner of a wedding consultancy but, most importantly, I have a startup business called Kindness Currency.

I’m from a working class family in the northeast of England. I came from a loving family, who provided me with fantastic support. Although we weren’t the wealthiest, I was so privileged in the love I received.

Growing up, I was classed as a child with special educational needs so it was thought that I’d be removed from the mainstream school system at some point. However, one teacher realised that a lot of my difficulty came from the fact I couldn’t hear, after getting help with that I was like a different child. Without that teacher, I don’t know what would have happened to my education.

However, due to the challenges in my early years, I was very behind my peers and I had a very limited vocabulary. I needed help in every academic area, as I was failing in almost every subject.

Around this time, I started to take an interest in helping others. Comic relief came out and I thought it was amazing. I approached my teachers and asked if I could put on a show to raise money for comic relief. After that, I got involved with guides and brownies because I loved helping the community.

When I left primary school I was given my report. My mum kept telling me she was so proud of me but I saw on the report that they’d assigned me an academic age of 8. This made me feel as though I’d never achieve anything.

To make matters worse, in my secondary school the high achievers were nurtured whilst no support was given to someone like me, who struggled academically. I realised quickly that if I wanted to do well I’d have to put in the work myself.

My OCD first came to light in secondary school, perhaps due to the fact I was driven by a fear of failure rather than a desire to succeed. My work wasn’t always to the highest standard but I presented it perfectly, which demonstrated my effort.

As I improved academically my confidence also improved and I was given speaking roles in plays. Going from such a shy girl to being the narrator in the nativity did wonders for my confidence.

I realised there’s nothing to be lost through speaking. Someone laughing at you can upset you for a few seconds but if you constantly don’t speak up you lose out on so many wonderful connections that could be made.

Once I finished high school, I became more interested in the performance world. I went on to a performing arts college and got quite involved in the art management side of things.

I applied to university to study art management and that’s where I first became properly interested in weddings. However, at this time I was undergoing many medical investigations for several physical and mental conditions I had been suffering with.

My health problems quickly took over once I started university and I had to move home. I developed the debilitating mental health condition agoraphobia and was terrified of the world around me. I thought if I just existed doing nothing and didn’t actually live my life then the rest of the world wouldn’t matter.

I was lucky to have been with the man who is now my husband, as he helped me choose the path of life. I realised I was going to have to learn how to live a life with chronic illnesses; I couldn’t let them hold me back. Therefore, I returned to university and finished my degree.

I learnt that unfortunately a lot of employers don’t want to employ disabled people because they’re scared of the challenges they may face. In fact, these barriers that employers are so afraid of have resulted in a lot of people with disabilities, or chronic illnesses, overcoming barriers that able-bodied individuals will never have to face, making them much more resilient and adaptable; qualities employers so desire.

Although I found the world of work challenging, I managed to secure a position in a personal department in London. My role was to focus on supporting the individual and it was invaluable to my development and how I interacted with people in future.

Shortly after we decided to move to Newcastle as I missed being close to the sea. I was managing my agoraphobia although I was in a constant state of anxiety.

Around the same time, during my mid-twenties, the doctors told me I might need to start thinking about having a family or, due to my conditions, it wouldn’t be possible. It was such a confusing time because I’d always wanted a family but I was still receiving treatment and diagnosis for conditions.

However, my partner and I got married and I fell pregnant naturally, to everyone’s surprise. With my pregnancy came a lot of anxiety, I didn’t know how I’d be able to take care of another life and manage my illnesses.

I resigned and became a stay at home mum but I knew I wanted to do something each day which could help other people. Having a child opened up a whole community to me and before my baby was 7 months old I did a course in childminding. I liked that I was helping other people live their life while having fun with their child.

I worked with charities throughout my adult life which led to a desire to alleviate the barriers people face. When I began my wedding business the extent of the wealth gap became obvious to me. People spend a lot of money on their weddings, whilst people in the charities had almost nothing. This made me angry and that anger developed into an idea.

This is where Kindness Currency was born. We take the climate emergency and the poverty crisis and help offset each issue against each other. It’s a subscription membership which allows members to access ethical businesses, within the community, and shop with them.  We also have a community fund to help people financially.

I’ve learnt people want to be kind and charitable but feel it’s overwhelming. People can’t afford to spend the money or the time. But using Kindness Currency you can simply support an ethical business and in turn, help yourself too.

There’s nothing more important than implementing acts of kindness. Through Kindness Currency, I aim to make it more accessible to transform kind intentions into action.

Gift of a Wedding