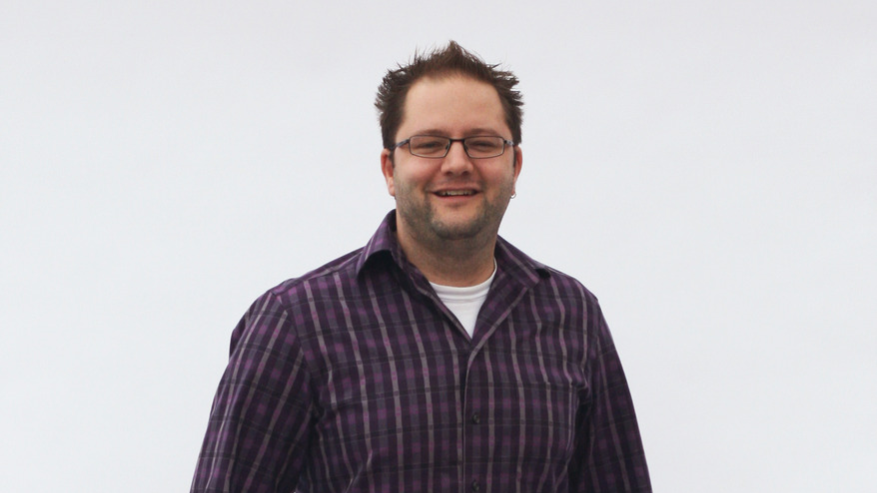 ‘Life is about becoming the person that you could become.’

My name is Mark Drager, and in many ways, I’d say I’m one of the luckiest guys in the world despite growing up in an abusive household.

I grew up in a middle-class family in Canada. Everything looked rosy from the outside, but my home life had a much darker side.

Up until I was about 7, I had the most fantastic childhood. Although my parents separated when I was a baby, they remained friends, and at home, I was fortunate to have my mum, auntie and sister. We’d travel to Florida during the winter break and vacation at my grandparent’s cottage in the summer; it was great.

But everything changed when my mum remarried when I was 7. She didn’t know, but the man she married suffered from severe manic episodes as a symptom of bipolar disorder and alcoholism.

Suddenly I was thrust into a drastically different home life with new step-siblings. My mother and stepfather also had two more children in the years following.

My stepfather terrorised the family, so I became very good at blending into the wallpaper. I was criticised for everything I did, from not chopping the firewood perfectly to putting my hands in my pockets to keep them warm. My stepdad would scream in my face, so close I could smell the alcohol on his breath.

On top of the horrible family environment, my mom got sick when I was a kid, which added to my trauma. She’d had a minor cosmetic procedure, but it turned gangrenous, then to blood poisoning, and she was hospitalised for 6 weeks. They were concerned that she would pass, but thankfully she made it through.

At 16, I chose to leave my family home. I’ll never forget the feeling of telling my mother I was leaving. But I packed my things into boxes and got a small unfurnished apartment with my older sister, who was heading to college. That was the first of a series of tough decisions I’ve had to make in my life.

Even though that apartment had no furniture, with only mattresses on the floor and sheets over the windows, I’d never felt better. I was finally free.

During those hard years, I flirted with the idea of suicide, and thankfully I never tried to take my own life. But I was definitely willing to burn it all to the ground; anything from that is a step forward.

After moving out of the family home, my grades went up, and I was looking forward to heading to university. I became a high achiever.

I met my wife, and we married young, at just 22. I was called the whizz kid because I was married with my first child by 23, and at 25, I had my own business. So people always thought I must be 10 years older than I was.

Due to the anxiety and uncertainty of my childhood, I desperately needed to be recognised as someone awesome. In my 20s, I was definitely driven by my fear of failure more than striving for success.

I had so much energy in my 20s and worked extremely hard, I know it wasn’t healthy, but in the end, I got to where I wanted to be.

One day my daughter came in and asked me why I was crying. I felt like I was missing out so much on my children’s lives, but I don’t know how I could have done things differently.

In 2006, the week after my daughter was born, I decided to quit my job. At the time, I was working for a company doing corporate video.

Following my resignation, I launched my own corporate video company. I didn’t have any experience with marketing and no clear vision of my target audience, but I had a starting point.

After a while, I realised figuring out my target audience was the key to success. People weren’t buying the video; they were buying the outcome. Once I realised that, things began to take off.

My team was growing exponentially, and before the pandemic hit, I had 24 full-time staff and some amazing clients.

But I was taking on a lot of projects I didn’t want to do. So some people left the company, and I didn’t replace them. I let our office space go, too, realising that if I downsized and worked from home, it would be easier to take control of the future.

With fewer people to pay, we could be more selective with which projects we took on; it was a much freer way of doing business. I felt like a large team no longer masked my identity.

But last summer, I felt so overwhelmed and burnt out that I decided I needed to shut the company down. However, a friend pulled me aside at a conference and told me I was much stronger than I thought, and I couldn’t throw it all away.

I questioned what would happen if the money ran out. But I realised I needed to keep the company going for my children and the future.

Even though there were times in my life when I questioned everything, I’ve realised it’s essential to keep pushing through. Eventually, you’ll get to where you want to be.

We Do Hard Things

Learning How to Say Yes More!

ADVENTURE | ENTREPRENEUR | EXTREME CHALLENGES | MENTAL HEALTH | SPORTS | YOUNG PEOPLE
Manage Cookie Consent
To provide the best experiences, we use technologies like cookies to store and/or access device information. Consenting to these technologies will allow us to process data such as browsing behaviour or unique IDs on this site. Not consenting or withdrawing consent, may adversely affect certain features and functions.
Manage options Manage services Manage vendors Read more about these purposes
View preferences
{title} {title} {title}
Skip to content