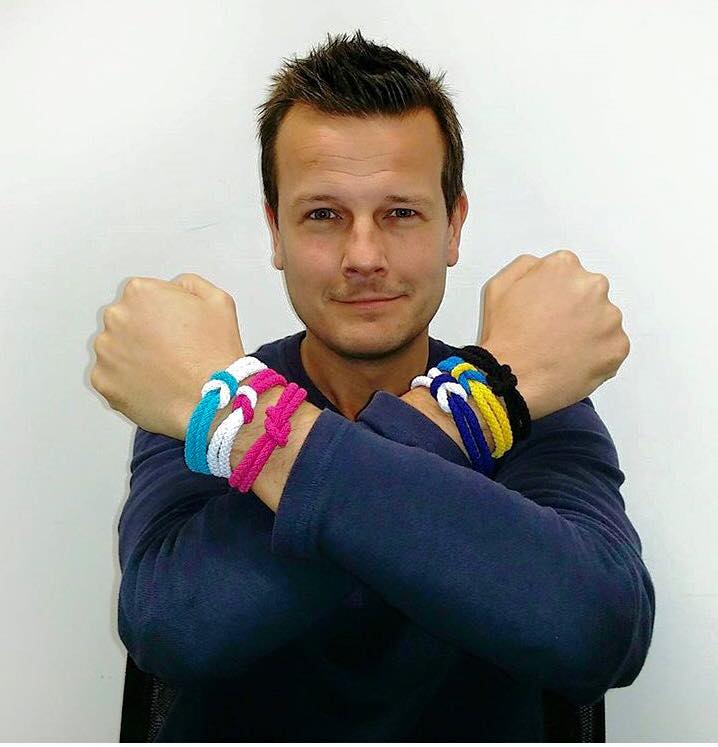 Kindness can Solve Everything

From the age of seven when I was diagnosed with cancer that particularly impacted my kidneys. This was caught at stage four; therefore, it had already spread to various parts of my body. I can remember being in complete shock! I don’t remember much, other than being sick a lot, however I feel it impacted my family more than anything, with my mum giving up work to support me. Doctors gave me chemo and radiotherapy treatment, along with removing my right kidney. The physical impact remains with me to this day, with a heart functioning 20 years older than it should, scaring on my lungs and scoliosis on my spine. Back in the 80’s radiotherapy wasn’t as accurate as it is now, so I had it blasted all over me to save my life.

Whilst at university, at the age of 21, I developed deep vein thrombosis because of the radiotherapy. It was a real shock at the time. It took a while to diagnose but turned out that this was caused by the radiotherapy I had received as a child. After a few months of being unable to walk, I got back on my feet with a new sense of what my new normal was.

Around the age of 30, I began feeling more and more tired, becoming exhausted very easily. Numerous visits to the doctors and several tests later, they found out I had an iron deficiency. A subsequent colonoscopy found out why! I had a 10cm tumour in my colon, and I was diagnosed with stage two bowel cancer. Doctors again believed that this may have been caused by the lifesaving radiotherapy that I had back in the 80’s. But I didn’t look after my body during my 20’s especially considering what my body had previously been through! I worked for the police sat in London traffic for most of my day, eating fast food, binge drinking, sleeping poorly and creating unnecessary stress at work! I feel that I played a part in the bowel cancer developing. When I heard the news at the doctors I cried. There was nothing brave about it. I just couldn’t believe that this was happening to me again!

It is a completely different experience being diagnosed with cancer as a child compared with an adult. As a child I only asked my parents if I was going to die once and they replied, “no we love you too much for that to happen”, that answer was good enough for me and I never asked again! As an adult, you are provided with so much information about the cancer, the surgery, and long-term implications that this would have on my life! It was all very overwhelming. I fortunately had the support of my brother and cousin when I heard the news.

I came out, regrouped, and sought the advice of a nutritionist. I wanted to get my body in the best possible condition before undergoing any kind of surgery. I had no idea that 70% of your immune system was in your gut! Visual mediation played a big part, taking a walk along a local river in my mind to help with the pain management. I was proactive to make my recovery as successful as possible, so that when I had my colon removed and several more rounds of chemotherapy, I could get my head down and get on with life!

6 months later something happened that I was not expecting. Instead of enjoying life, I was gripped in the jaws of fear! I could not stop thinking about cancer! Every second of every day! This anxiety turned to everything, from parking the car to washing up! I developed eczema on my face and body and suffered from insomnia. The stress continued to build and build. I constantly asked myself questions like, what if the cancer comes back? What if not all the cancer has been removed? It was consuming me, and I hated myself for it! Not everyone is lucky enough to survive cancer, and here I am being miserable about it! I was not the same person that I was before.

I was later diagnosed with Post Traumatic Stress Disorder, which I assumed only impacted war veterans! I tried an array of therapy, to try and help me sleep to improve my wellbeing, but nothing seemed to work. Strangely I would say my experience with PTSD was worse than both of my cancers put together!

Strangely it was when my relationship ended that I decided to try something else. I was so trapped in my mindset that I lost the ability to listen to the advice of other people, so I went to my brother who suggested I went travelling. Two weeks after this I had my two-year cancer review, and as I stood in the overcrowded waiting room watching patients receive their life changing news, and I thought how amazing it would be it if I could take these people on my trip with me! I wanted to show people that there is life beyond cancer and something to look forward too! Therefore, I created 101 Things To Do When You Survive.

I made a list, moved out of my place with no money, sold all my things and it was then that things really changed. I was convinced that it would be visiting the Galapagos Islands or climbing Machu Pichu that would make me happy, but what I found was soon after starting the planning process I began to sleep again. My eczema cleared up. I felt happy! Changing my mindset reduced my depression without even leaving the country!

I went on my trip that lasted 2 years around the world, with the primary aim to feel happy again! I had a website, sponsors, Bear Grylls supporting me! But just getting to this stage meant I had almost completed the task I set myself before I set off. I very much enjoy my home comforts, so almost reluctantly embarked on my trip, however I had the most incredible time. When I started, I could barely make it through Heathrow with my rucksack on my back, however 5 months into the trip I was doing treks in South America lasting 5 days! I was stronger, eating well, socialising, singing at Sydney Opera house, swimming with Dolphins in NZ, skydiving. Things I thought I could never do because I had grown up with so many limitations in my own mind.

When I reflect on all the things I did during those two years, it is the amazing people that I did them with that was the most special part! I didn’t want this to be a short-term fix, feeling good from external factors rather than feeling good with myself. When I got home, I began to look into this in more detail and it is amazing the impact of things such as kindness. I have learnt so much about wellbeing and how this impacts people from a simple change in mindset. Reframing your thoughts to positive outcomes can create a habit that will change the way you think!

I now work for the most incredible charity 52 lives, which was created by my wife. 52 Lives chooses someone in need of help, shares their story on their website and social media, and request what that person needs. Then the kind supporters then spread the word, offer help if they can, and help change that person’s life – and inspire more kindness in others. My job title is officially the director of Kindness for the School of Kindness, which is a part of 52 Lives. We run workshops in schools where we aim to empower children, by helping them realise that the actions they make every day will impact the world they live in and their own physical and mental health.

I believe we can change our lives right now, we don’t need a trip around the world to change, we can breathe differently, sleep differently, eat differently and so much more.

It is easy to look at the news and easy to believe the world is a nightmare, but it is not, it is filled with good loving and kind people.

From trauma and addiction to resilience coaching

MENTAL HEALTH | YOUNG PEOPLE
Manage Cookie Consent
To provide the best experiences, we use technologies like cookies to store and/or access device information. Consenting to these technologies will allow us to process data such as browsing behaviour or unique IDs on this site. Not consenting or withdrawing consent, may adversely affect certain features and functions.
Manage options Manage services Manage vendors Read more about these purposes
View preferences
{title} {title} {title}
Skip to content